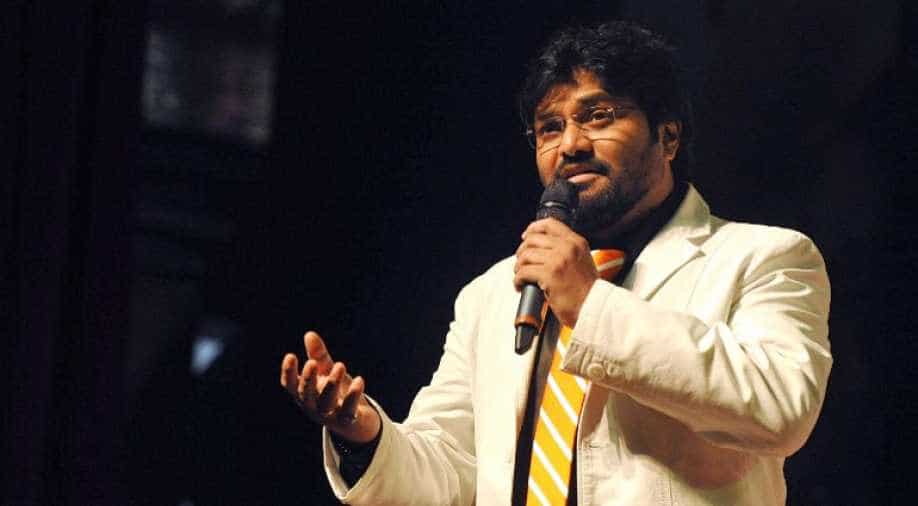 While policemen put up barricades and guard rails outside the main gate of the building, the Trinamool Congress supporters outnumbered the police officials present there. Photograph:( AFP )

Trinamool Congress supporters put up a demonstration outside the main gate of Supriyo’s house in central Kolkata’s Kailash Bose Street, where his parents reside. The party supporters even clashed with the police when they were prevented from entering.

While policemen put up barricades and guard rails outside the main gate of the building, the Trinamool Congress supporters outnumbered the police officials present there. Party supporters were seen pushing the guard rails and trying to enter the building and raising slogans.

Reacting to the demonstration put up by Trinamool Congress supporters outside his house in Kolkata, Supriyo took to Twitter and wrote, “TMC goons trying to break open the gate of my apartment in Kailash Bose Street where my Mum, Dad are staying. What a shame.”

He added, “Didi is saying that she has enough evidence about my involvement in the Rose Valley Scam. I am requesting her to provide all documents to the CBI. Now, they are targeting me and Trinamool Congress party supporters have attacked my house. What are the police doing there? Aren’t they responsible for providing security to all those residing in that building including my parents.”