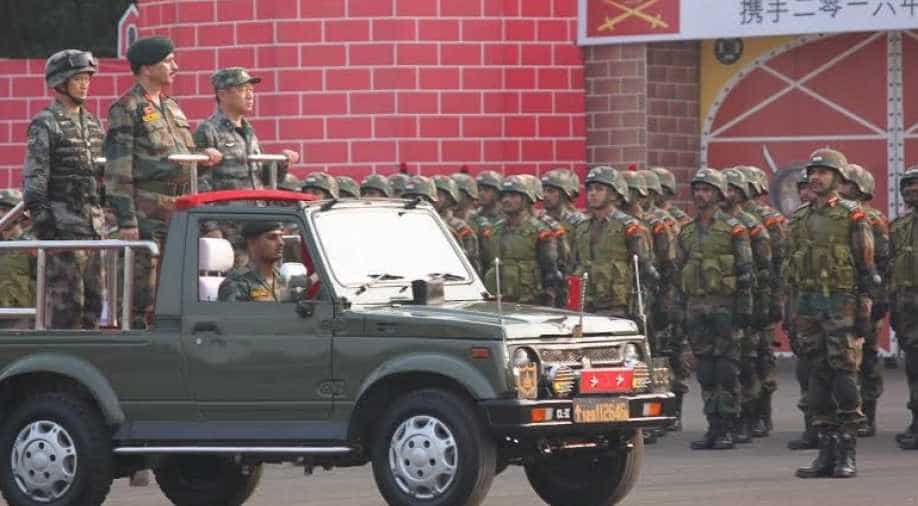 The exercise aims to build trust and confidence between the armies which may work together in conducting anti-terrorism operations under UN mandate. Photograph:( Twitter )

"Both the senior military officers of the Indian Army addressed the contingents before Major General Wang Haijiang of Chinese Army declared the Joint Exercise open. The aim of the joint exercise is to acquaint both the Armies with each other's operating procedures in the backdrop of counter terrorism environment," a statement by the Indian army read.

"The opening ceremony was followed by both the contingents displaying their weapons which included assault rifles, grenade launchers and other sophisticated equipment," the statement continued.

The programme aims to build trust and confidence between the armies which may work together in conducting anti-terrorism operations under UN mandate.

"The ceremony concluded with an enthralling and mesmerising display of India martial arts of Kalyaripattu, Khukri dance and Malkhamb by soldiers of Indian Army and a massed martial arts display by the Chinese contingent. The exercise will terminate on November 27."

One infantry division, along with supporting staff from the 13 Group Army, Chengdu Military Region arrived in Pune on November 15.

The excercise will last for 13 days and both the groups will be "crossing obstacles, conducting heliborne operations, handling and neutralising IED's and participate in search operations for insurgents and terrorists."