India: 5 killed, more than 25 injured after bus falls into ditch in Bihar 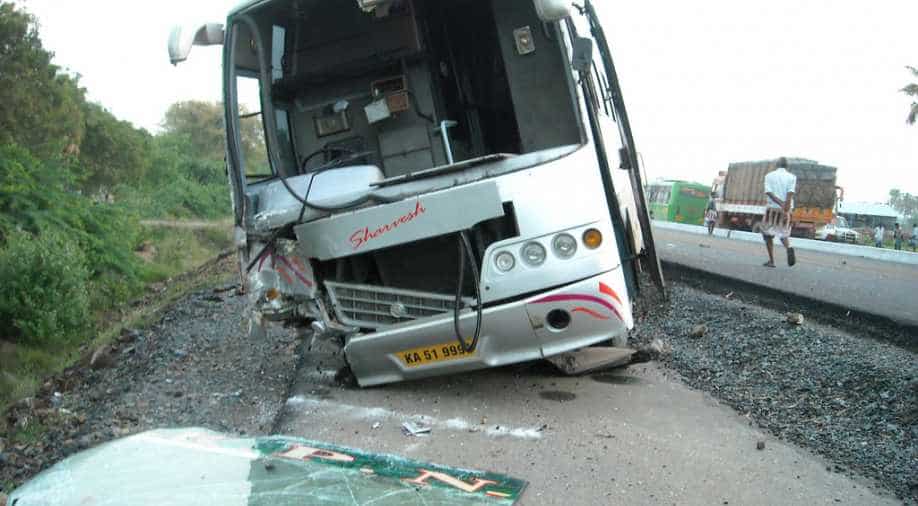 Chief minister Nitish Kumar has announced a relief of Rs. 4 lakh for next of kin to the victims. (Representative image) Photograph:( Others )

Five passengers were killed and more than 25 injured after their bus overturned and fell into a water-filled ditch in the Nalanda district of the eastern Indian state of Bihar on Saturday.

According to ANI, the driver lost control over the vehicle that was ascending a bridge.

A crane was deployed to pull out the bus and rescue operations were immediately put in force, ANI reported.

The injured were shifted to nearby hospitals and private nursing homes.

"Five people have died and around 20-25 passengers are injured. The treatment of injured passengers is going in the hospital," ANI reported the district magistrate as saying.

Police have sent the bodies for post-mortem at the Civil Hospital in Bihar Sharif.

Chief minister Nitish Kumar has announced a relief of Rs. 4 lakh for next of kin to the victims.