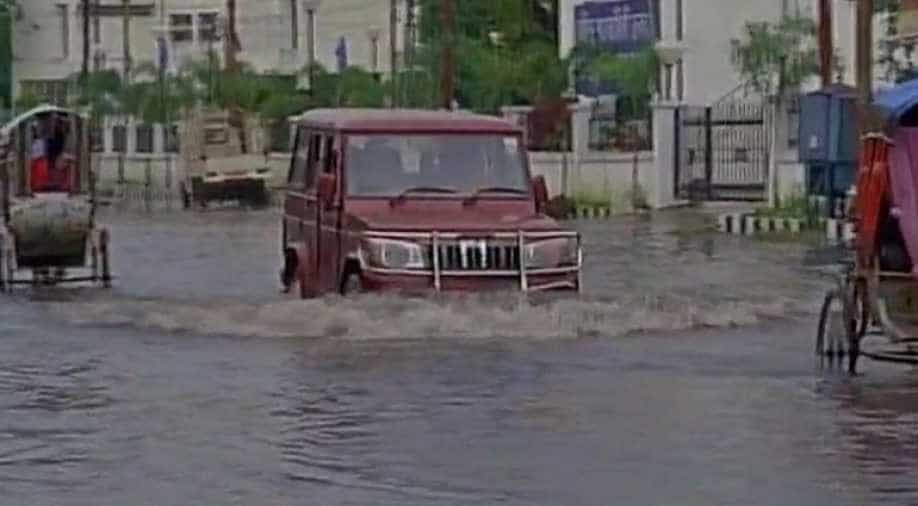 Streets of Agartala were waterlogged due to heavy rain on Thursday evening. Photograph:( ANI )

Khar and Andheri in Mumbai were inundated on Thursday evening after the heavy downpour.

The normal onset date for the monsoon to hit the Kerala coast, which marks its official arrival in the country, is June 1, however, it reached two days ahead of schedule on May 30. The monsoon also made inroads in India's North-East thanks to Cyclone Mora.

India's metrological department has predicted monsoon levels to be in the range of 96 per cent in the long-term average. India's weather office defines average, or normal rainfall as between 96 per cent and 104 per cent of a 50-year average of 89 cm for the entire four-month season beginning June.

Here's a look at the global weather forecast for the next 24 hours, along with updates on weather activities (WION)