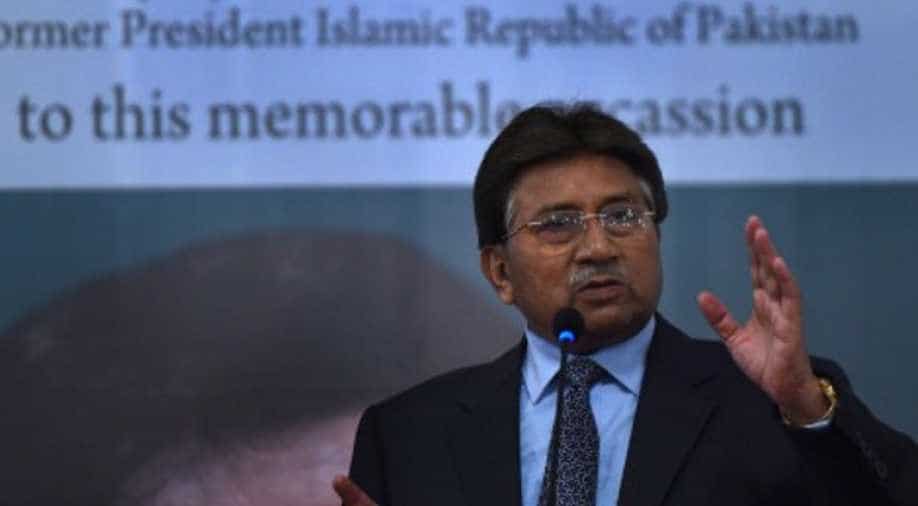 In September, a permanent arrest warrant was issued against the former military dictator by a court in Islamabad in the murder case of Lal Masjid deputy cleric Abdur Rashid Ghazi, who was killed in a military operation in July 2007. Photograph:( AFP )

Musharraf told the Pakistani publication, the Dawn, that he would come back to Pakistan when the court cases against him will conclude. Musharraf said the "political leadership in Pakistan is prolonging the cases against me and the judiciary is under the influence of the current government."

However, Pakistan senate chairman Raza Rabbani opposed Musharraf's entry in politics, saying "it will be shameful for the country if the person who destroyed the nation enters into politics."

Mysterious banners popped up in Pakistan suggesting an alliance between Musharraf and the Farooq Sattar-led MQM-Pakistan. The former army chief told media that he does hold sympathy for the 'Mohajir' community but had no interest in joining hands with the party.

The party has also rejected reports that Musharraf's counsel had suggested an alliance and the inclusion of the former military dictator as a party leader.