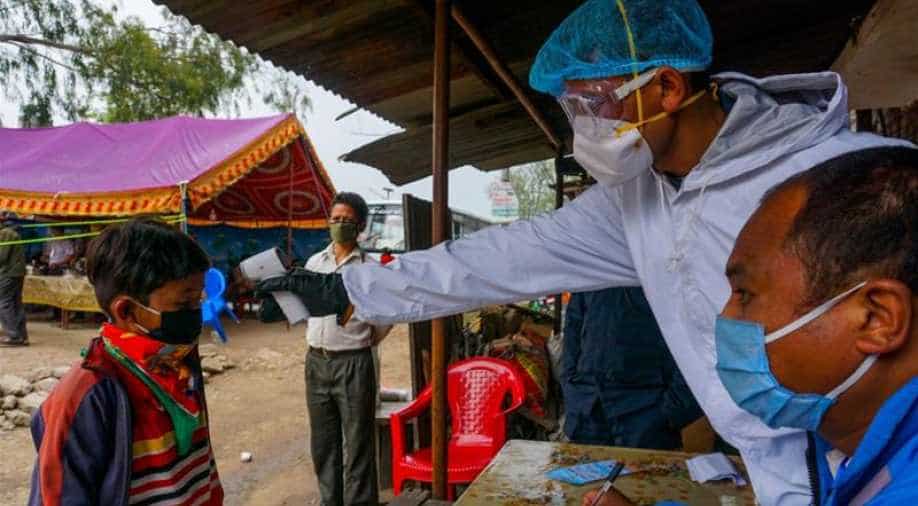 With growing cases of Covid-19 cases in Nepal, 12 districts in the country have entered the phase of community transmission, the Ministry of Health and Population said on Tuesday.

In a press briefing, the country's Public Health Advisor, Dr Suresh Tiwari said that Nepal has entered community transmission in 12 districts, including its capital Kathmandu.

"...12 districts and out of them, 4 have more than 1000 active cases till today. Combining it with other 8 districts, these 12 districts hosts around 73 per cent of the active cases. This has signalled that these 12 territories, or the pocket areas which we also can call hotspots have been adversely infected, with this we have reached to the point that there has been Community Transmission in these areas," Tiwari said.

Dr Tiwari also pointed out the rate of transmission amongst women had gone up from 5 per cent to around 22-23 per cent and fatality of elderly population soared to around 4 per cent.

With newly reported cases, Nepal's COVID-19 count on Tuesday reached 40,529.The COVID-19 death tally of the country stands at 239 while a total of 22,178 people have recovered from the virus so far.