Breath of death: Asbestos may be cheap roofing material but it causes cancer 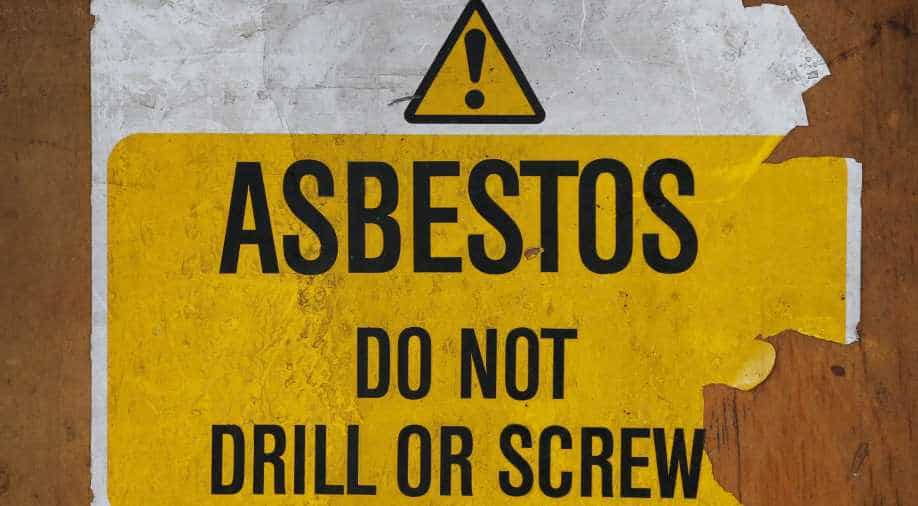 The World Health Organisation estimates 107,000 workers die each year from diseases that are directly linked to exposure to asbestos. Photograph:( Getty )

Thousands of Sri Lankan men, women and children slept securely in their "wattas" -- slums in Sinhalese -- last night. Or at least they thought they were secure, for little did they know that the very asbestos roofing sheets that keep the sun and the rain out of their homes might also be slowly killing them.

Even the smallest crack in one of those sheets releases microscopic fibres. Five-thousand times thinner than human hair and invisible to the naked eye, the fibres are easily inhaled. Once they reach the lungs, it is only a matter of time. The fibres can lay dormant for more than 20 years before delivering the final blow. It starts with tiredness, then breathing becomes more and more difficult, the coughing starts, and by the end the victim is spitting out blood. Nothing can be done.

In November 2015, Sri Lankan President Maithripala Sirisena declared that his government was determined to ban the import of roofing asbestos by 2018. But he did not commit to a ban on locally-produced asbestos.

Sirisena said in an official press release that while he had been minister of health, he had repeatedly asked for a ban on the import of asbestos. He added that high-ranking officials in the then government had blocked his proposals because they had interests in the thriving asbestos industry.

The World Health Organisation (WHO) estimates 107,000 workers die each year from diseases that are directly linked to exposure to asbestos. Construction workers are most at risk. A lack of knowledge and the absence of safety procedures -- safety measures are often ignored in the South Asian construction industry -- are the main causes of the deaths.

And the International Agency for Research on Cancer (IARC) says all forms and sizes of commercial asbestos cause cancer. It is responsible for lung cancer, fibrosis, and, the deadliest of them all, mesothelioma cancer, which develops in the protective linings of the lungs and the abdomen. 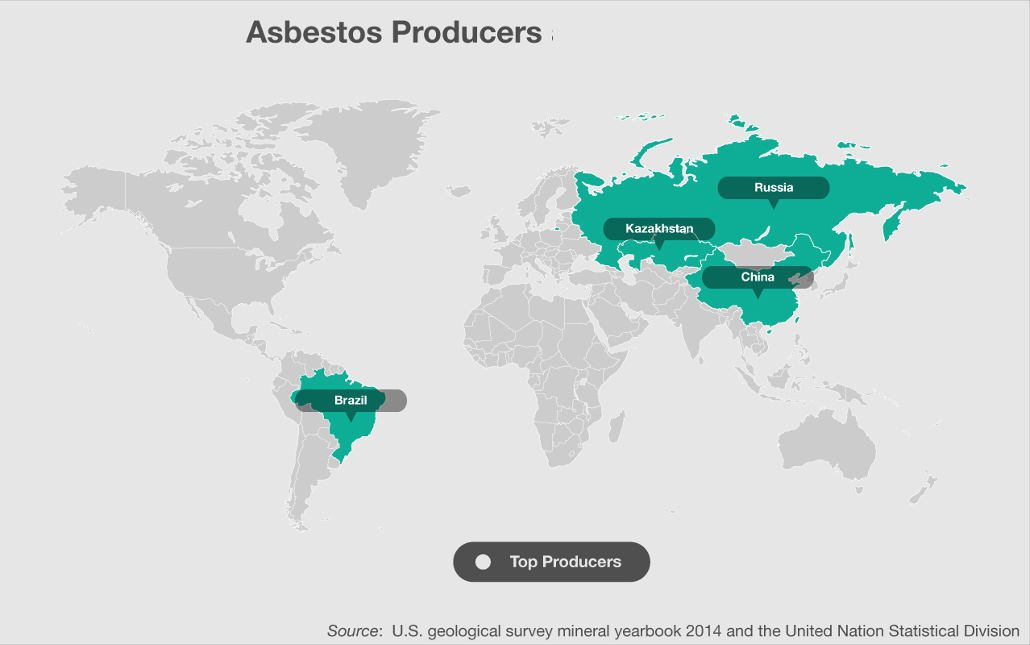 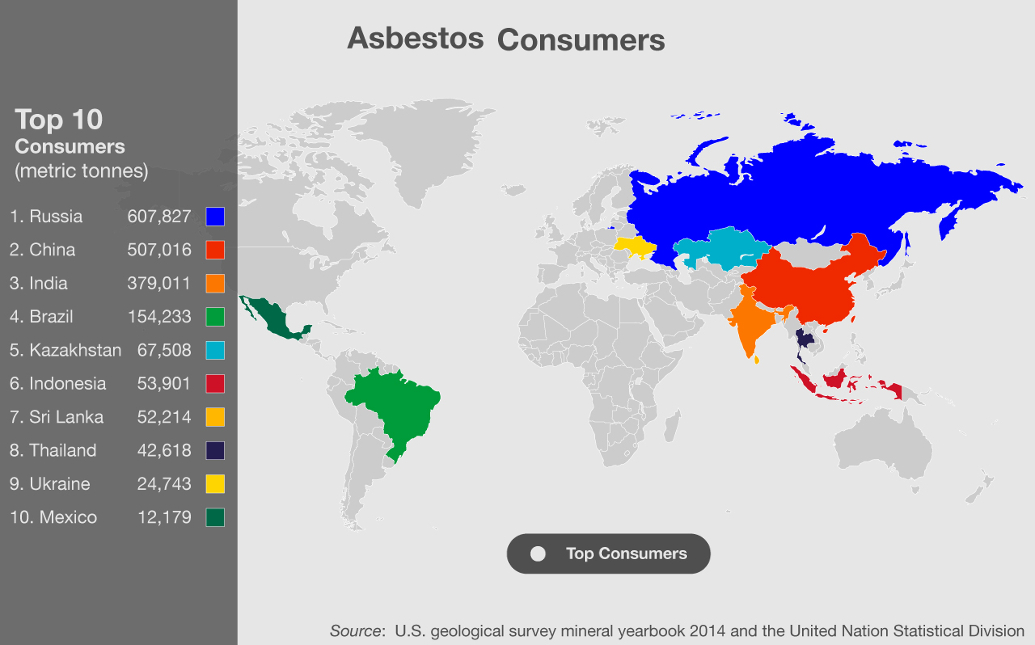 But Sri Lanka's asbestos wholesalers are not willing to go out of business without a fight. They have formed an association and conducted a media campaign that questions the validity of the World Health Organisation's findings.

The Sri Lankan companies are not acting in isolation. According to the Washington-based International Consortium of Investigative Journalism, industries and governments around the world spend a princely sum every year on expanding the asbestos market.

The International Ban Asbestos Secretariat says Sri Lanka increased its asbestos imports by 251 per cent -- this is a business worth billions of dollars -- between 2002 and 2012. The bulk of it came from Russia.

There are four major construction companies in Sri Lanka, employing roughly 4,500 people. One of them, the Lanka Building Materials Corporation, is a public company that operates under the patronage of the Sri Lankan ministry of housing. It is possible to buy asbestos roofing sheets online from their official website. There are no warning messages. Nor are there instructions about mandatory safety procedures. (WION's telephone calls and e-mails to the company went unanswered.)

The Sri Lankan building companies defend their activity by claiming to use only small quantities of white asbestos. Some scientific studies, mostly commissioned by the asbestos industry, consider it to be less dangerous than the blue and brown asbestos that are illegal in Sri Lanka.

Many other countries around the world also continue to use white asbestos, but "less dangerous" does not mean harmless.

"Scientific data do not exclude the risk of cancer," says Dr Waruna Gunathilake, head of the toxicology department at the National Poison Centre of Sri Lanka.

Anton Edema is the spokesman for Sri Lanka's asbestos industry. He says there is no medical evidence to support the claim that white asbestos causes cancer.

Dr Gunathilake does not accept Edema’s claim. He says, "Its effect is long term and follow-ups in these cases can’t always be done. It is a proven medical fact that all forms of asbestos are carcinogenic. The thing that we do not have statistics doesn’t mean anything.”

The appeal of asbestos is its price. It's cheap, the perfect building material for a fast-growing housing industry. It consistently cuts down the high costs of roofing, one of the most expensive parts of a house.

In Sri Lanka, an asbestos wholesaler will sell a 3.5 metre-long roofing sheet for a little less than $25.

"Almost all housing projects in Sri Lanka are using asbestos for roofing purpose. It is usually used for building houses meant for people with low income," says Hemantha Withanage, executive director of the Colombo-based Centre for Environmental Justice.

Poor Sri Lankan households use asbestos to build their homes because it is the cheapest and lightest material available in the market. The lower weight allows them to build thinner walls, thereby saving them even more money. That would be impossible if they used clay. And coconut fronds are a cheap and eco-friendly alternative, but they are flammable. The Ceylon Electricity Board refuses to power homes that use coconut fronds as roofing material.

Technologically advanced alternatives to asbestos are currently available all over the world. A spray called polyurethane foam, for instance, has been extensively used in the United States since the 1960s. The foam, which is light and has insulating properties, is suitable for roofing. The US Geological Survey lists several other materials as substitutes, such as calcium silicate, carbon fibre, cellulose fibre and several organic and chemical fibres. But all these materials cost between 10 and 15 per cent more than asbestos.

Sri Lanka needs to make a choice, a choice between life and death.