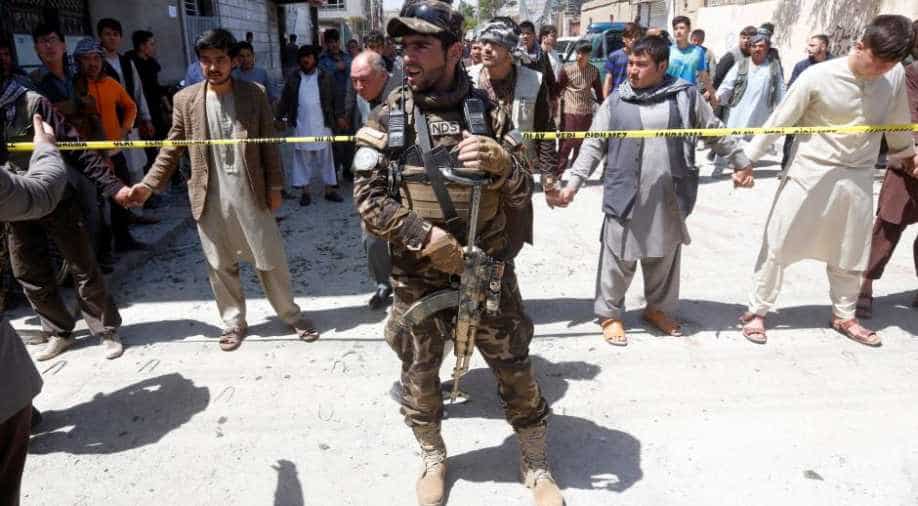 An Afghan lawmaker contesting this week`s parliamentary elections was among four people killed on Wednesday by a bomb planted under his office chair, officials said, in an attack claimed by Taliban militants.

Abdul Jabar Qahraman was killed as he prepared for Saturday`s election, a senior government official said, becoming the 10th candidate killed in the past two months, with two more abducted and four wounded by hardline Islamist militants.

"Such brutal acts of the terrorists and their supporters cannot weaken people`s trust in the peaceful and democratic processes," President Ashraf Ghani said in a statement condemning the attack.

The Afghan Taliban claimed responsibility for the blast in the southern province of Helmand, saying in a statement: "We have killed Qahraman, a renowned communist."

Qahraman had spearheaded the formation of Sangorian, a secret militia trained by Afghan intelligence to infiltrate the Taliban. The militia has been heavily targeted by the Taliban in recent years.

The Taliban, who ruled from 1996 to 2001, have ordered Afghans to boycott the much-delayed polls in their battle to overthrow the Western-backed government and restore their own Islamist regime.

"A bomb was placed below Qahraman`s chair in his campaign office," he added. "We are investigating."

Wednesday`s blast follows the deaths of 22 people last week in an explosion at an election rally for a woman candidate in the northeastern province of Takhar
The Taliban on Wednesday directed teachers not to set up their schools as polling stations.

Thousands of teachers across the country have been trained to work as polling officers and more than 5,000 polling stations will be set up in schools, mosques and medical centres.

"Teachers and students of educational institutes must stay away from all enemy political processes and must not allow the invaders and their stooges to utilize their schools for the implementation of their evil projects," the Taliban said in a statement.