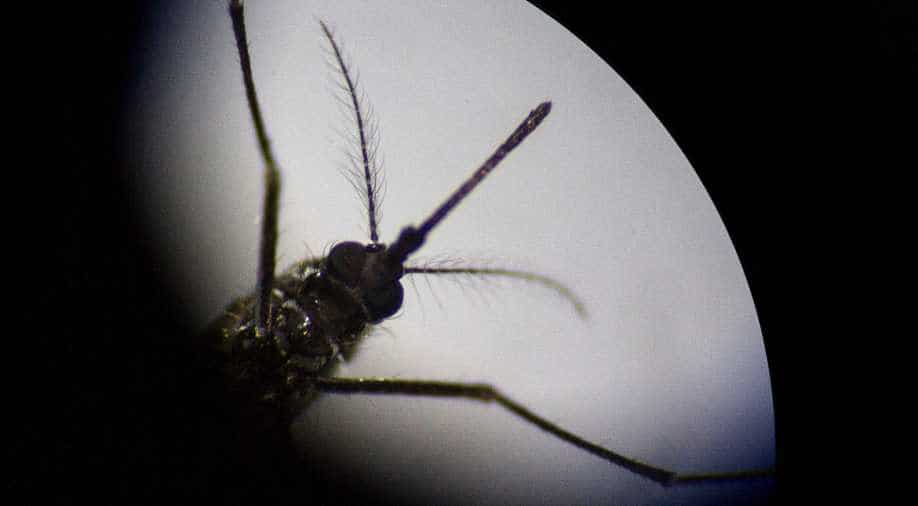 Previous studies have shown that mosquitoes rely on a molecular pathway dubbed JAK/STAT to try to fight dengue virus infection and stop this cycle. Photograph:( Getty )

Scientists have for the first time genetically engineered Aedes aegypti mosquitoes to develop increased resistance against dengue virus, an advance that may help combat the deadly infection.

When a mosquito bites someone infected with dengue virus (DENV), the virus needs to complete its lifecycle in the mosquito's gut, eventually infecting its salivary glands, before it can infect another person.

Previous studies have shown that mosquitoes rely on a molecular pathway dubbed JAK/STAT to try to fight DENV infection and stop this cycle.

Proteins known as Dome and Hop are involved in turning on the JAK/STAT when the mosquito is infected with DENV.

Researchers from Johns Hopkins University in the US genetically engineered Aedes aegypti mosquitoes to turn on expression of either Dome or Hop in the fatbody tissue earlier in infection - immediately after ingesting blood - and make more of the proteins.

Mosquitoes with engineered versions of Dome or Hop that were then infected with DENV had 78.18 per cent (Dome) and 83.63 per cent (Hop) fewer copies of the virus in their guts, as well as significantly less virus in their salivary glands.

Mosquitoes with the altered genes had normal lifespans, but produced fewer eggs than normal mosquitoes.

When the researchers repeated the experiments with Zika virus and chikungunya virus, no impact was seen on infection, suggesting that the importance of the JAK/STAT pathway in the fatbody tissue is unique to DENV.

"It may be possible to achieve improved or total resistance to dengue and other viruses by expressing additional transgenes in multiple tissues that block the virus through different mechanisms," said the researchers.

"Recently developed powerful mosquito gene-drive systems, that are under development, are likely to make it possible to spread pathogen resistance in mosquito populations in a self-propagating fashion, even at a certain fitness cost," they said.

After decades of research and countless control attempts, dengue fever, a mosquito-borne viral disease, continues to infect an estimated 390 million people around the world each year.

The study appears in the journal PLOS Neglected Tropical Diseases.