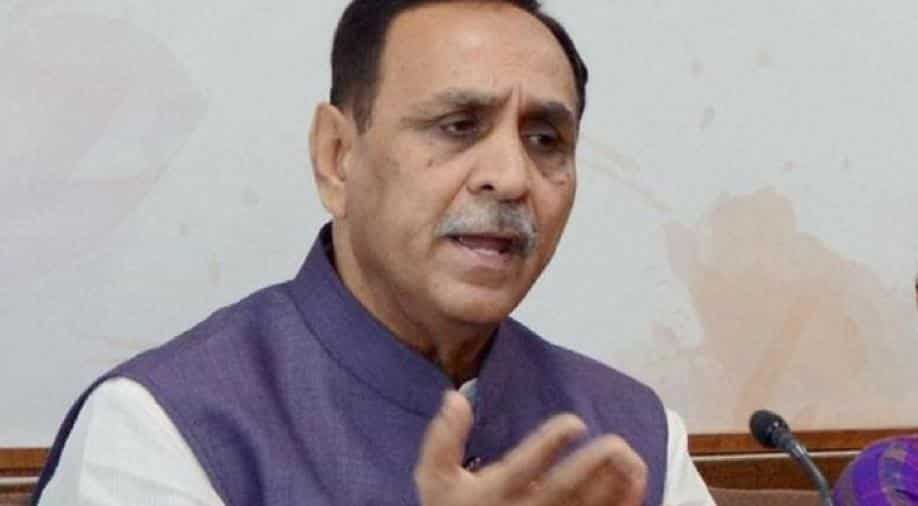 In a shocking development, Gujarat Chief Minister Vijay Rupani says he has resigned from his post. It is not clear what prompted the development as there is still over a year before the state goes to polls. Rupani along with state BJP in-charge Bhupendra Yadav, Union ministers Purshottam Rupala and Mansukh Mandaviya, and state cabinet colleagues, deputy CM Nitin Patel, Bhupndrasinh Chudasama and Pradeepsinh Jadeja met the governor and submitted their resignations

In what could kick off a political turmoil, Gujarat Chief Minister Vijay Rupani says he has resigned from his post on Saturday.

Although it is not clear what prompted the development, there is still over a year before the state goes to polls. The elections to the 182-member Assembly of the state are due in December next year.

In December 2017, 65-year-old Rupani was sworn in as chief minister. It was his second stint as CM.

After submitting his resignation letter to Governor Acharya Devvrat, Rupani told reporters, "I have resigned as chief minister of Gujarat. I was allowed to serve the state for five years. I have contributed to the development of the state. I will further do whatever is asked by my party.”

Rupani said, "In BJP, there has been a tradition that responsibilities of party workers change from time to time. I will be ready to take whatever responsibility that the party will give me in the future."

"I thank Prime Minister Narendra Modi for giving a common worker like me this opportunity to serve the people of the state as chief minister," Rupani said.

When asked about the reason for his resignation, the leader said, "In BJP, it is like a relay race for party workers. One gives the baton to the other.” He denied having any differences with state BJP president C R Paatil.