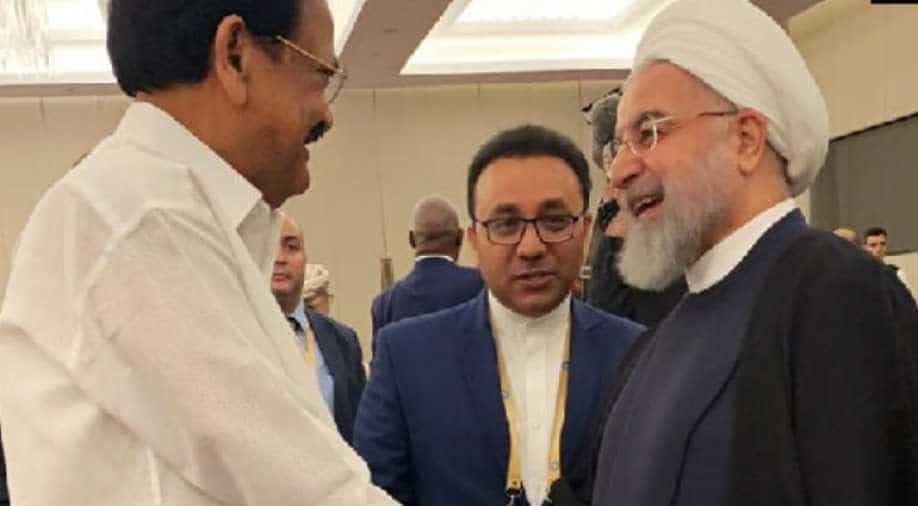 Vice-President Venkaiah Naidu on Friday met with the different world leaders on the sidelines of the 18th session of the Non-Aligned Movement summit in Baku.

Naidu is leading the Indian delegation at the 18th Summit of Heads of State and Government for the two-day summit.

Earlier in the day, Naidu was welcomed by Azerbaijanian President Ilham Aliyev upon his arrival in the country.

On Thursday, VP Naidu interacted with the Indian community in Baku and appreciated their crucial role in enhancing links between India and Azerbaijan.

The theme for the summit is "upholding the Bandung principles to ensure concerted and adequate response to the challenges of the contemporary world".

India is a founding member of NAM, which is one of the largest gatherings of world leaders.