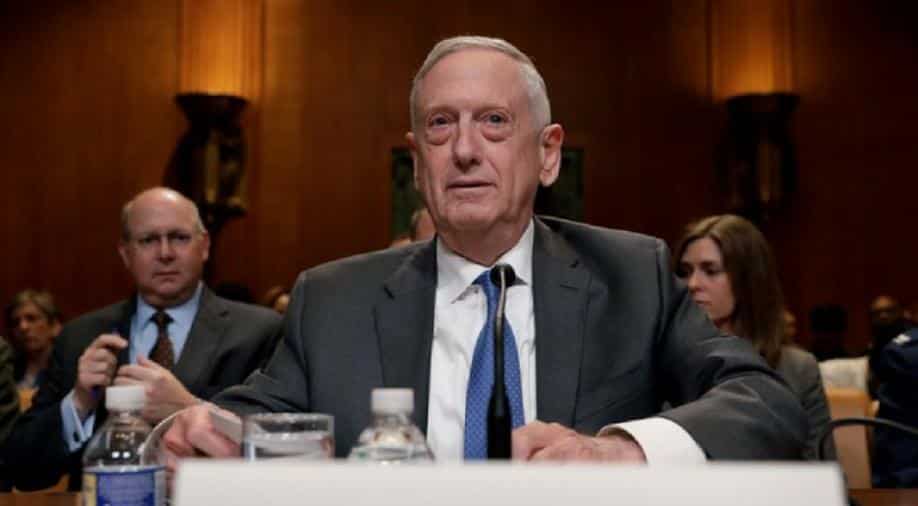 The US military on Wednesday renamed its PacificCommand the US Indo-Pacific Command, in a largely symbolic move underscoring the growing importance of India to the Pentagon, US officials said.

US Pacific Command, which is responsible for all US military activity in the greater Pacific region, has about 375,000 civilian and military personnel assigned to its area of responsibility, which includes India.

"Relationships with our Pacific and Indian Ocean allies and partners have proven critical to maintaining regional stability," US Defense Secretary Jim Mattis said in prepared remarks.

"In recognition of the increasing connectivity between the Indian and Pacific Oceans, today we rename the US Pacific Command to US Indo-Pacific Command," Mattis said.

He was speaking during a change of command ceremony. Admiral Philip Davidson was assuming leadership of the command from Admiral Harry Harris, who is President Donald Trump's nominee to be ambassador to South Korea.

The renaming does not mean additional assets will be sent to the region at this time but rather recognizes India's increasing military relevance for the United States.

In 2016, the United States and India signed an agreement governing the use of each other's land, air and naval bases for repair and resupply, a step toward building defense ties as they seek to counter the growing maritime assertiveness of China.

"We will continue to pay attention to developments," he told a regular monthly news briefing.

The United States is also keen to tap into India's large defense market. It has emerged as India's No. 2 weapons supplier, closing $15 billion worth of deals over the last decade.

Mattis has been pushing for a waiver for countries like India after Trump signed a law last year which said that any country trading with Russia's defense and intelligence sectors would face sanctions.

"I think India and the relationship with the United States is the potentially most historic opportunity we have in the 21st-century and I intend to pursue that quite rigorously," Davidson, the incoming head of the command, said last month.

However, experts said the name change would mean little unless it was tied to a broader strategy.

"Renaming PACOM is ultimately a symbolic act ... (it) will have a very limited impact unless the US follows through with a significant array of initiatives and investments that reflect a wider aperture," said Abraham Denmark, a former deputy assistant secretary of defense for East Asia under President Barack Obama.