Four terrorists killed in anti-terror operations in Jammu and Kashmir 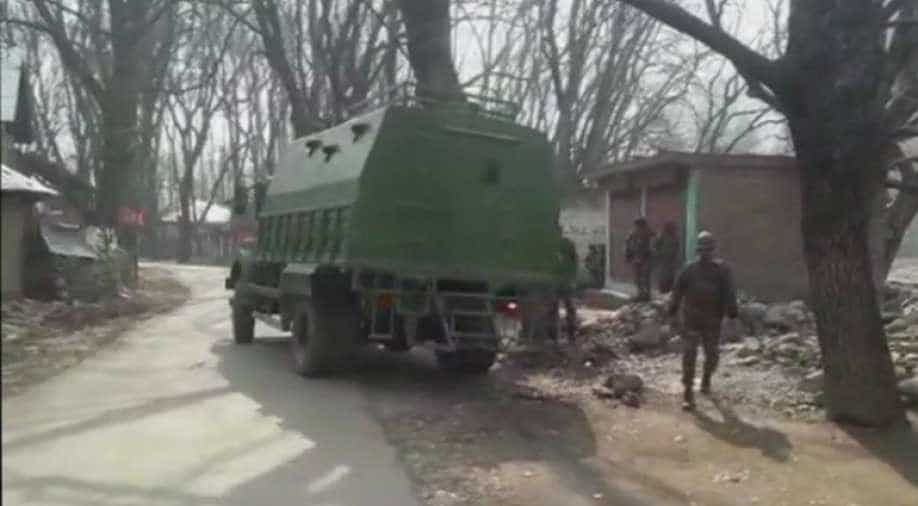 "They were wanted in a series of terror crimes including an attack on security establishments and civilian atrocities," police said in a press release.

The operation was conducted by the joint forces of 23 paratroopers of the Indian army, J&K police and CRPF.  Police have also recovered three AK rifles from the encounter spot.

In another encounter in north Kashmir's Handwara, forces established contact fire with the terrorists after a night-long search. 30 Rashtriya Rifles of the Indian army, CRPF and J&K Police are conducting the operation.

Based on credible inputs about the presence of terrorists in Yaroo area of Langate in Handwara, a cordon and search operation was launched by Police and security forces in the area.

As the searches were going on, the search party was fired upon by the hiding terrorists. The fire was retaliated leading to a gunfight.

In the ensuing encounter, one terrorist was killed and the body was retrieved from the site of encounter. The identification and affiliation of the killed terrorist are being ascertained.

Police have registered a case and initiated an investigation in the matter. Incriminating materials including rifle and grenades were recovered from the site of encounter.

Citizens are requested not to venture inside the encounter zone since such an area can prove dangerous due to stray explosive materials. People are requested to cooperate with police till the area is completely sanitized and cleared of all the explosives materials if any.