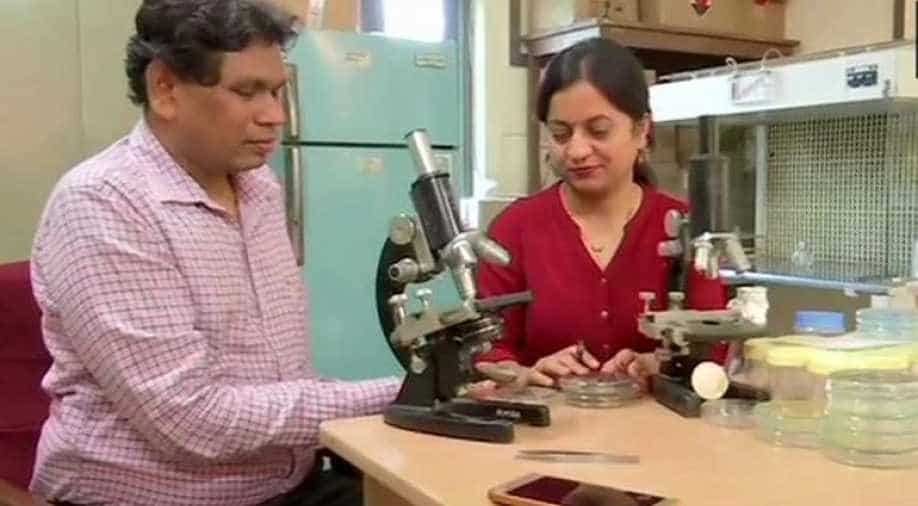 Researchers have found that polythene can also be degraded by Fungi.  Photograph:( ANI )

Researchers have found that polythene can also be degraded by Fungi. They have identified certain fungi with high polythene degradation potential from mangrove rhizosphere soil.

Researchers have found that polythene can also be degraded by Fungi.

Dr AB Ade, Researcher, Savitribai Phule Pune University said, "We have focused on the biodegradable concept. For biodegrading, microbial degradation is one of the parts. During microbial degradation, bacteria and fungus come to the fore that are also known as scavengers of the ecosystem. They convert big pollutants into simple molecules. There are enzymes in microbes which are biocatalyst."

"If polythene strip is inserted into food material medium of microbes or plastic material is inoculated into it, microbes` enzymes will release into that compound and help in degradation," he said.

Polythene contributes to around 64 per cent of the total plastic waste and takes about 1,000 years to degrade under natural environmental conditions.

India generates about 25,940 tons of plastic and more than 97,000 tons of solid waste per day, the Ministry of Environment, Forest and Climate Change had revealed in June 2018.

In order to combat plastic pollution and other environmental issues, Prime Minister Narendra Modi, on the occasion of World Environment Day had also pressed for the need to reduce usage of plastic.