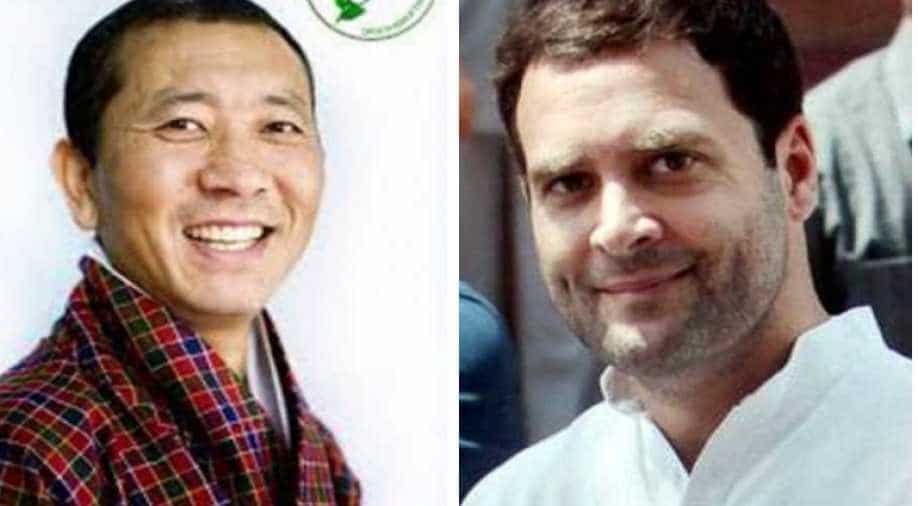 Later, in a Facebook post, Congress President Rahul Gandhi said the India-Bhutan relations has endured the test of time.

The meeting took place at a local hotel.

"I had an excellent meeting today with the Prime Minister of Bhutan, Dr Lotay Tshering. We discussed the political situation in the region and other matters of common interest. I look forward to continuing our dialogue in the future," Gandhi said on Twitter.

"It's a relationship that has endured the test of time. We are joined not only by a pleasant past but also by our hopes to create a better future for the region," Gandhi said in his post.

The Bhutanese prime minister is on a state visit to India and had earlier met Prime Minister Narendra Modi on Friday.

Tshering arrived here on Thursday on his first foreign visit after taking charge as PM of the Himalayan nation last month following his party's victory in the general elections.