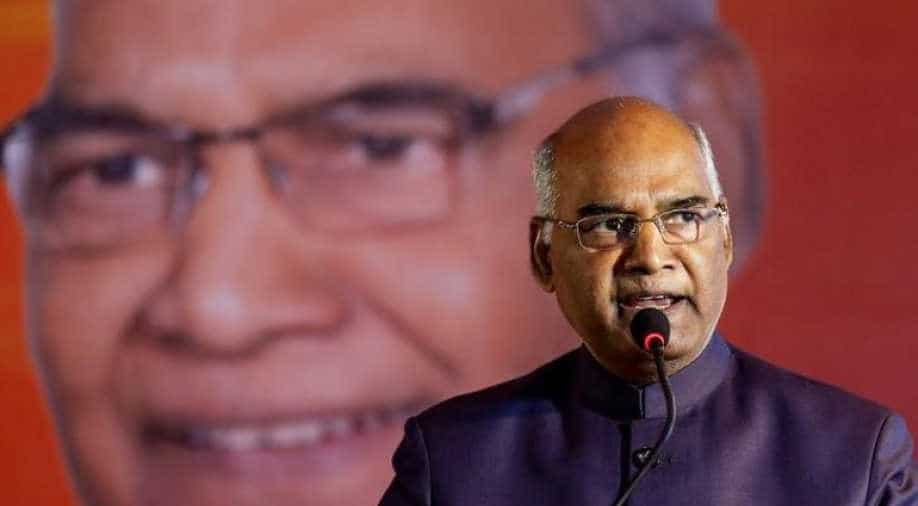 During the press statements, President Kovind said, 'I am also happy to announce that all formalities for the commencement of India supported Hindi Chair at the University of Iceland have been completed and the teaching of Hindi language will begin shortly.'

In a bid to promote Hindi in Iceland, India supported Hindi Chair will be established in the University of Iceland. The move was announced during the visit of President Ram Nath Kovind who was in the country as part of his three-nation Europe tour of Iceland, Switzerland and Slovenia.

During the press statements, President Kovind said, "I am also happy to announce that all formalities for the commencement of India supported Hindi Chair at the University of Iceland have been completed and the teaching of Hindi language will begin shortly."

Climate change was one of the keys during President's visit with India inviting Iceland to join International Solar Alliance led to promote solar energy worldwide.

Speaking on the theme "India-Iceland for a Greener Planet” at the University of Iceland in capital Reykjavik, President highlighted New Delhi Climate strategy and said, "India is now the world’s fastest-growing major economy and we require a huge expansion of our energy production. But we are doing it in a sustainable manner. Even as we grow, we are on course to meet our commitments under the Paris Agreement."

Lauding Iceland's commitments towards climate change, he said, "Iceland's green growth is a remarkable story. You are pioneers in energy and resource efficiency. Your people have found new ways to work with available resources and then innovatively scale them up too."

At the ceremonial reception for the Indian president, Iceland's Guðni Th. Jóhannesson also referred to India's Chandrayaan-2 mission. He told the children present in the event to welcome President Kovind, "You know India has a mission, like a space mission, trying to land on the moon".

Anti-terror collaboration and trade were other key focus with New Delhi thanking Iceland for its support and solidarity in the aftermath of Pulwama terror attack.

During the visit, three agreements were exchanged--on fisheries collaboration, cultural cooperation and visa waiver for holders of diplomatic and official passport.