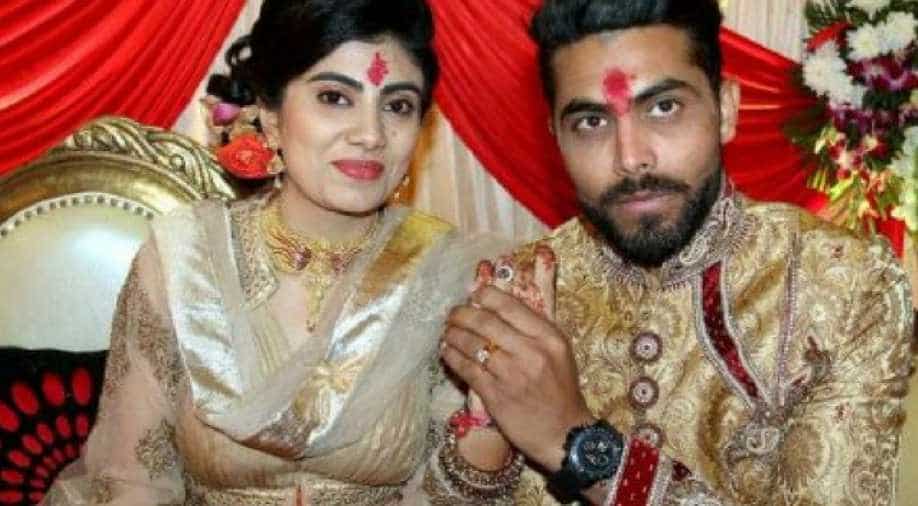 Reeva Jadeja, wife of cricketer Ravindra Jadeja, met with an accident when her car hit the bike of the cop in Gujarat's Jamnagar city.

One eyewitness reported to media that the accident was minor but policeman reacted aggressively and slapped Reeva.

The policeman, Sanjay Ahir, who reportedly assaulted Reeva, has been detained after the incident.

As per media reports, the policeman allegedly got down from the bike and physically assaulted Jadeja's wife.

Gujarat: Wife of cricketer Ravindra Jadeja, Riva Solanki, allegedly thrashed by a police personnel after the vehicle she was in, hit another police personnel's bike in Jamnagar. SP Jamnagar Pradip Shejul says 'Case registered. Departmental action will be taken against the cop.' pic.twitter.com/KUvl2NRSmg

The reports of physical assault were confirmed by Jamnagar district Superintendent of Police Pradeep Sejul. While giving insight into the incident, he said, "The policeman physically assaulted Reeva Jadeja after her car hit his motorbike. We are providing all possible help to her and will take strict action against the policeman."

"The policeman mercilessly thrashed Reeva and even pulled her hair during an altercation. We saved her from his clutches," Vijaysinh Chavda told reporters.

Jadeja is currently playing in the Indian Premier League as a Chennai's all-rounder and preparing to face Hyderabad team in the first play-off of the season.

So far, he has scored 86 runs and picked 9 wickets for his team.