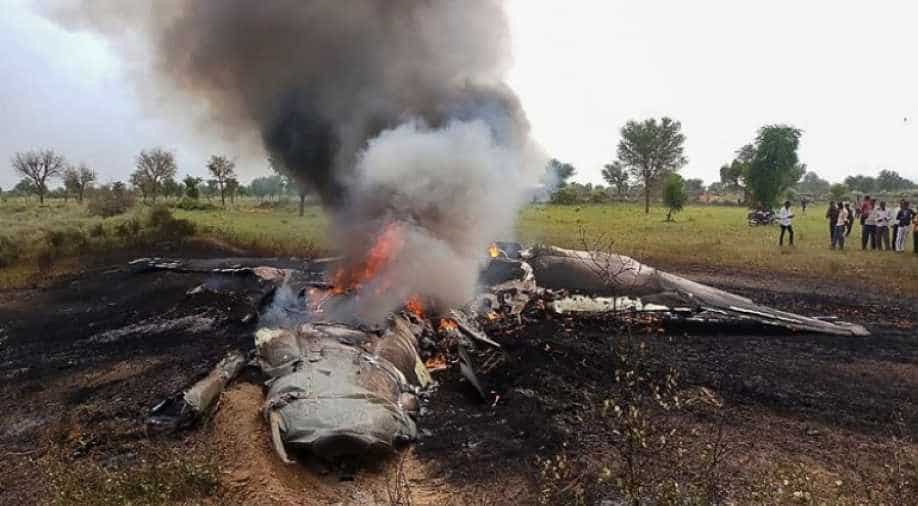 An inquiry later revealed that jet crashed due to software problems and not human error. A few days before the Aero India show, two Surya Kiran jets collided with each other.

A MiG-27 UPG aircraft of the Indian Air Force (IAF) crashed on Sunday morning here. The pilot managed to eject safely. The aircraft was on a routine mission. IAF has ordered a Court of Inquiry to investigate the incident.

"Today morning at around 1145h a MiG-27 UPG aircraft which got airborne from Utarlai Air Force base experienced engine problems leading to a crash about 120 km south of Jodhpur. The pilot ejected safely. Preliminary reports indicate no loss of property/life on the ground," IAF said in a statement on the crash.

MiG-27 UPG is an upgraded version of the aircraft. IAF is now left with the last squadron of the Mig-27 UPG, according to reports. The IAF has witnessed a series of crashes of its machines from choppers to fighter jets.

On March 8, a MiG-21 fighter had crashed in Rajasthan`s Bikaner area. The pilot had ejected safely. On February 1, a Mirage 2000 fighter jet had crashed leading to the death of two pilots.

An inquiry later revealed that jet crashed due to software problems and not human error. A few days before the Aero India show, two Surya Kiran jets collided with each other.

One pilot was killed in the incident. Another MiG-27 fighter jet crashed on February 12 in Rajasthan's Pokharan range. The pilot fortunately survived.

On February 27, a Mi-17 chopper of the IAF crashed killing six IAF personnel on board. Media reports suggested that a surface-to-air missile was fired just before the crash leading to speculations that the chopper was downed by the Indian missile itself.

IAF desperately needs more numbers of modern fighter squadrons to tackle a collusive threat from Pakistan and China. This comes at a time when both China and Pakistan are rapidly modernising their inventory.

While China has inducted Fifth Generation Fighter jets like J-20. Pakistan too is inducting JF-17, co-produced with China in its Air Force.

India's own Fifth Generation Fighter named Advanced Medium Combat Aircraft (AMCA) is still on the drawing board while Tejas MK-2 is still some years away from its first flight.

'Nothing confirmed so far': Yogi government on UP teacher earning Rs 1 crore by working in 25 schools