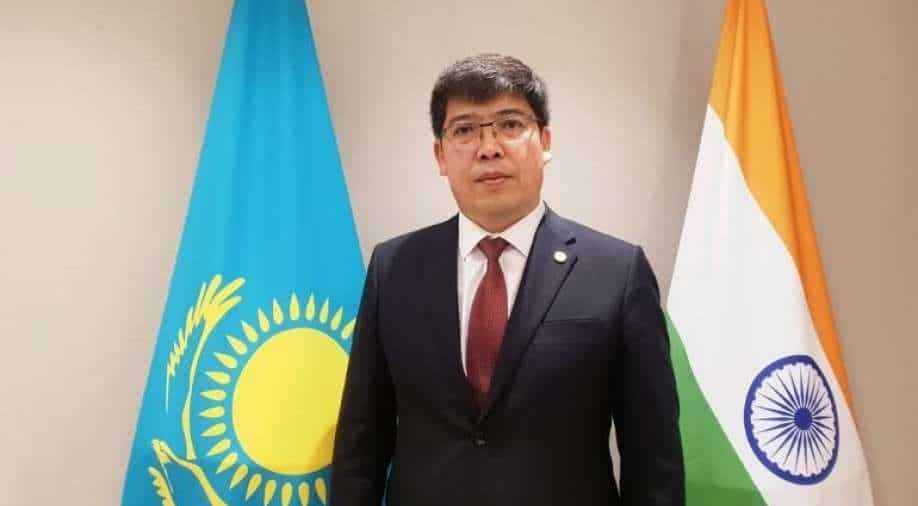 Kazakhstan has backed the use of Chabahar port, with its envoy saying by June of this year, a link will be established that will connect the country via the Caspian sea. Speaking exclusively to WION's Principal Diplomatic Correspondent Sidhant Sibal, Kazakh envoy Yerlan Alimbayev said, "Kazakhstan will not only join, we are actually in a process. We initiated this process and we were expected the Chabahar connection will be done"

Kazakhstan is the world's largest landlocked country, bordering the Aral and Caspian seas, both of which are inland seas with no access to oceans. The comments by the envoy come even as India is keen that the port expands India's connection not only to Afghanistan but to the wider Central Asian region. Last month India, Uzbekistan, and Iran had a trilateral talk on the use of the port. The trilateral talk has been expanded with India set to Invite Afghanistan as well.

The Kazakh envoy also spoke on the upcoming parliamentary elections in his country. In October of 2021, Kazakh President Kassym-Jomart Tokayev signed a decree setting the date for the elections to the Majilis of the Parliament of Kazakhstan to be held on 10th January.

WION: Elections are going to happen in your country. If you can give some details.

Yerlan Alimbayev: We will have the parliamentary elections on January 10, 2021, to the lower chamber of the Parliament of Kazakhstan --Majlis. Given in the situation, we are having the elections after new political reforms conducted by the first president then taken by our President. So far, we have five parties participating in the elections. And we are expecting the results the next day on 11. Some papers/voting will be brought from abroad. So final results by 12 January.

WION: How have the ties been between the two countries? We know a number of high-level visits are being planned...including of the Kazakh President.

Yerlan Alimbayev: We have some highest- and high-level visits postponed from 2020. The visit of Lok Sabha speaker to Kazakhstan, visit of high-level Parliament delegation from Kazakhstan to India. We expect this to happen this year. We have this year, some high-level meetings between the ministries. We have the 14th intergovernmental commission meeting--by the minister of trade of Kazakhstan and from India, minister of petroleum and gas. We have several joint working groups headed by ministers. For example, on trade and economy, transport, and logistics. We have a special working group on pharmacy, on military-technical cooperation. All these events were postponed in 2020, so we will have them this year.

WION: How keen is Kazakhstan on the Chabahar port project?

Yerlan Alimbayev: Kazakhstan will not only join, we are actually in a process. We initiated this process and we were expected the Chabahar connection will be done and hopefully, as set by the transport ministry of Iran, it will be done, finish by June of this year. A small part of the connection will be done by Zahedan--Babar Abbas which will be done to the Caspian seaport of Iran. From that place, Kazakhstan will be part of the North-South International transport corridor. So we already part of NSITC. India, during the virtual summit with Uzbekistan, invited to join that. Chabahar is part of it. Kazakhstan is the east part of NSITC. As a country, being the biggest trade partner of India in Central Asia, we are in a position to support any kind of communication links to make our trade and people-to-people contact much easier and wider.

WION: So, will it be right to say, we will join the project by year-end?

Yerlan Alimbayev: Yes, we are already part of Chabahar.  It's a process. My minister of foreign affairs mentioned last year that, even before in 2019 that Chabahar port is the most appropriate connecting point if logistic companies, trade partners from India, and other countries hesitate to use Bander Abbas due to restrictions, Chabahar is the best option. We are continuously talking about the use of Chabahar since 2015 and Kazakhstan announced and proposed a consortium for use of the port. In 2017 we had a joint meeting between Uzbekistan, Turkmenistan, India, and Kazakhstan for use of the Chabahar port. Finally, it is coming to a realization and we will have it with India Uzbekistan having a working group with Iran. Kazakhstan is much eager to be part of it.

WION: Amid the COVID crisis, how have both the countries continued talks. Also any talks on COVID vaccine?

Yerlan Alimbayev: Despite the pandemic, we had several bilateral events. Our foreign ministers met in Moscow, they had also virtual meet within the framework of the India Central Asia Dialogue. We have several cultural events online, we have joined several meetings. We have lost 2000 people due to covid. We are developing our own vaccines. Three vaccines are on the way, two of them under trial. We are working with our partner Russia, and Pfizer. With India, we are ready and open to discuss but it is up to India. As you know yesterday, it was announced India will not allow the export of vaccines till April. We are open and we can discuss with the Indian government.