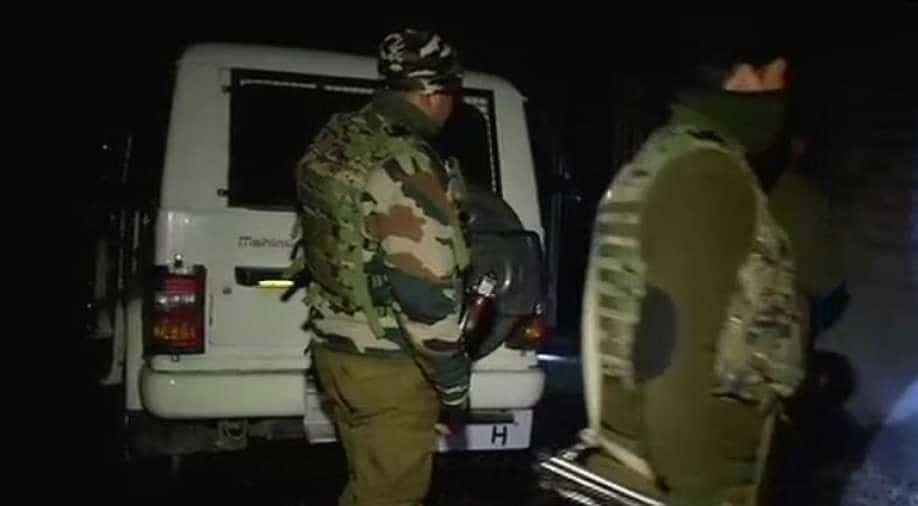 A police guard was killed in a terrorist attack at the residence of a Hurriyat leader in Srinagar. In a separate incident, terrorists attacked a police post near the Charar-e-Sharief shrine in Budgam

Two policemen were killed in two separate terrorist attacks on them in Jammu and Kashmir on Sunday.

A police guard, Constable Farooq Ahmed, was killed in a terrorist attack at the residence of a Hurriyat leader in Srinagar.

Earlier on Sunday, a policeman was killed by terrorists in the state's Budgam district and his rifle was also snatched.

The policeman was killed after terrorists attacked a police post near the Charar-e-Sharief shrine..

The terrorists fired upon a police post near the shrine of Sufi saint Sheikh Noor- ud -Din Noorani in the Chrar-e-Shareef area this afternoon, an official said.

The policeman, Kultar Singh, was initially was injured and later died in hospital.

Kashmir Director General of Police (DGP) SP Vaid condoled the deaths on Twitter and also warned policemen over the "proxy war" being waged by terrorists in Kashmir.

Pained at the loss of a valued colleague SGCt kultar Singh JKAP 13 Bn who attained martyredom in an attack on J&K Police guard for protection of Charar - e - shareif shrine.

We have lost another precious life when Constable Farooq Ahmad was martyred today in Srinagar. Be more careful boys, it’s the proxy war that we are fighting in Jammu & Kashmir.