Jammu and Kashmir: 15 killed, 19 injured as minibus falls into gorge near Banihal 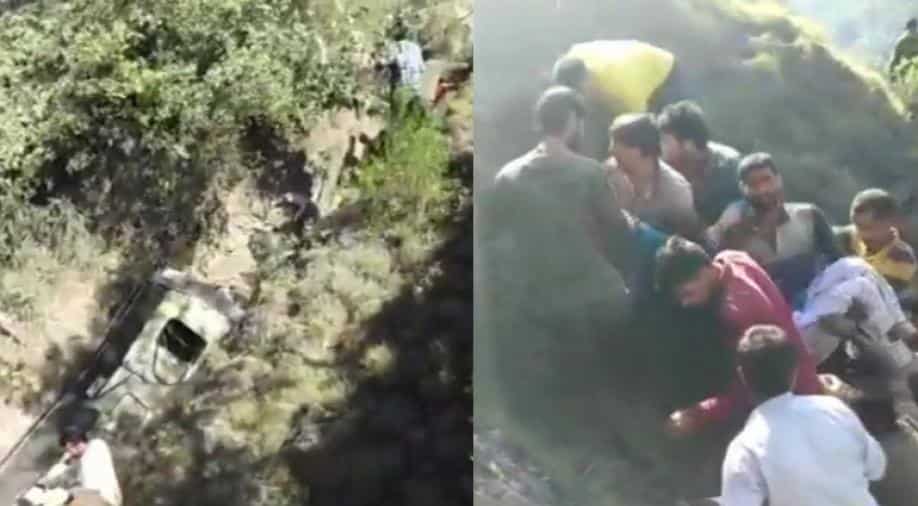 The vehicle which was en route to Ramban from Banihal rolled down the 200-feet-deep gorge, said Senior Superintendent of Police, Ramban, Anita Sharma. According to an officer, the rescue operation was immediate and 15 people were taken to the hospital.

At least 15 people were killed and 19 injured when a minibus fell into a deep gorge along the Jammu-Srinagar national highway near here, a senior police officer said on Saturday.

“So far, 10 bodies were retrieved from the accident site, while 15 people rushed to a hospital,” Deputy Inspector General of Police, Doda-Kishtwar-Ramban range, Rafiq-ul-Hassan said.

On reaching Kela morh near Maroof, the driver lost control and the vehicle rolled down into the 200-feet-deep gorge, she said.

#SpotVisuals: 15 people died and 19 injured in the accident where a minibus fell into a deep gorge at Kela Moth on Jammu Srinagar National Highway while it was going from Banihal to Ramban. 8 people have been airlifted to Jammu. #JammuAndKashmir pic.twitter.com/4bHMEDwqCw

According to the Deputy Inspector General of Police, the death toll might go up as the rescue operation was still in progress and the condition of some of the injured was stated to be “critical”.

He said police and Army personnel, along with local volunteers, are engaged in the rescue operation.