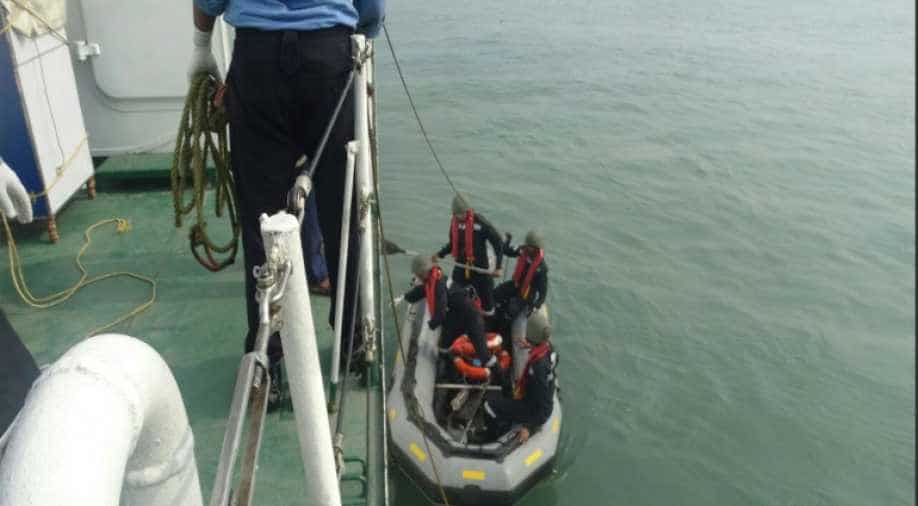 The chopper also has employees of the Oil and Natural Gas Commission (ONGC) on board.

A total of four bodies have been fished out by the Coast Guard after a Pawan Hans helicopter with eight people -- including two pilots -- on board crashed off Mumbai Coast.

The chopper, Dauphin N3, bearing registration number VT-PWA, took off from Juhu aerodrome at 10.25 AM, with five ONGC employees and two pilots onboard, the Coast Guard said.

The chopper was scheduled to land at the designated oil rig at Mumbai High at 11 AM, the sources said.

The Navy said it had deployed its stealth frigate INS Teg for the search operation while surveillance aircraft P8i has also been press into service.

The Coast Guard said that it has diverted ships which were at sea and also those sailing from Mumbai.

"A Dornier aircraft and helicopters from Daman (near Dahanu) have also been launched," a Coast Guard spokesperson said.