Have no prime ministerial ambitions, would rather work for UP: Akhilesh Yadav 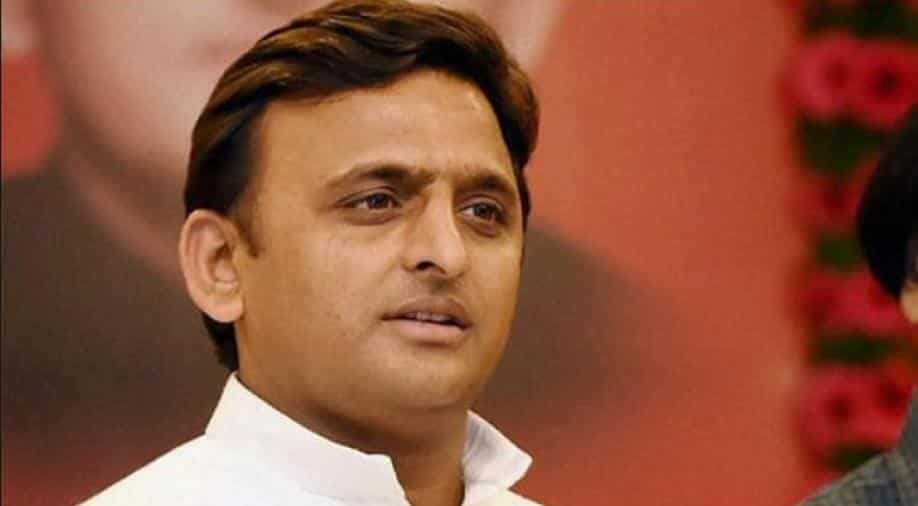 Yadav said he would rather work to improve conditions of his state and cited examples of the development work done during his tenure as the Uttar Pradesh chief minister.

Samajwadi Party chief Akhilesh Yadav on Thursday said he has no prime ministerial ambitions and would rather work for upliftment of his state Uttar Pradesh.

The former Uttar Pradesh chief minister was speaking at a panel discussion here, which included BJP leader Ram Madhav, National Conference's Omar Abdullah, Sachin Pilot of the Congress and Jayant Choudhary of the Rashtriya Lok Dal, at the release of a book by journalist-author Priya Sahgal, titled 'Contenders Who Will Lead India Tomorrow'.

As the discussion turned towards 'Mahagathbandhan' or the grand alliance that opposition parties are trying to forge to take on the ruling BJP at the Centre ahead of the Lok Sabha polls next year, moderator Vir Sanghvi asked how such an alliance will work when all opposition leaders have prime ministerial ambitions.

To this, Yadav replied he does not have any such aspirations.

Answering a pointed 'no' from Sanghvi, Yadav replied, "No". When the moderator asked ''never", the Samajwadi leader said, "Never".

Yadav said he would rather work to improve conditions of his state and cited examples of the development work done during his tenure as the Uttar Pradesh chief minister.

Yadav, who was UP's chief minister from 2012 to 2017, talked about the work done for the Gomti river as also on the Agra Expressway, saying aircraft like Sukhoi, Mirage and Hercules landed on that expressway, which was proof of the good work that was done there.

"Now, you can land your Rafale also," Yadav said tongue-in-cheek looking at the BJP's Madhav.

Yadav's statement that he had no prime ministerial ambitions was also seen as being directed towards Bahujan Samaj Party supremo Mayawati, apparently as a bid to placate her ambition of the prime ministerial role.

Congress leader Pilot said one should not start his life with an ambition to become the prime minister as several events play a role in shaping a political career and nothing was any way permanent in politics.

While Yadav had talked about not being interested in prime ministerial role in February last year also, his statement now assumes significance in the wake of intensified efforts by various opposition parties to forge an anti-BJP alliance to give a strong fight to the ruling party.

However, there have already been some cracks visible in the opposition unity, even before a grand alliance gets formed, with BSP and some other parties going separate ways in some states such as Chhattisgarh and Madhya Pradesh, including due to their differences with the Congress, the main opposition party.

Trying to reach out to various non-BJP parties, Andhra Pradesh Chief Minister and TDP chief N Chandrababu Naidu on Thursday met several opposition leaders, including Rahul Gandhi, even as he called his party's alliance with the Congress a "democratic compulsion" to protect the country.