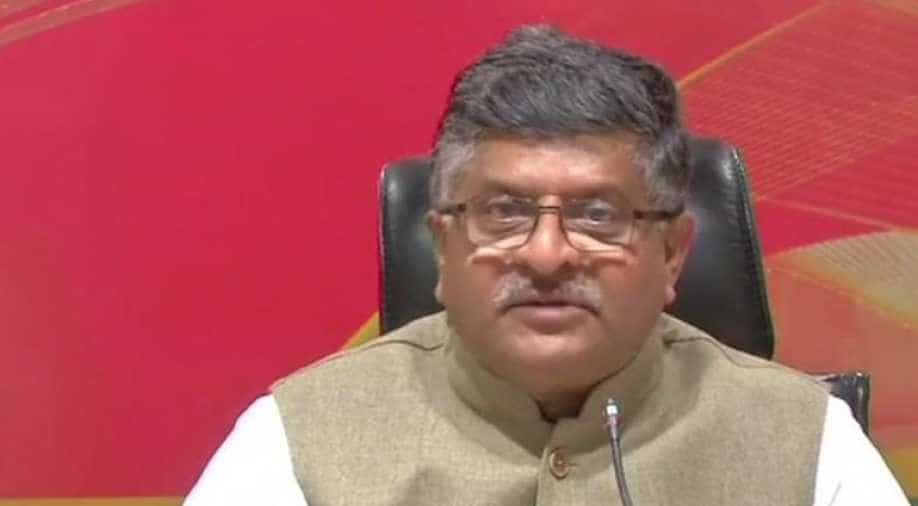 The government does not want the data misused in a foreign country.

Union Minister for Law and Justice and Electronics and Information Technology Ravi Shankar Prasad has said that Narendra Modi government has planned to enact a data protection law to protect sensitive personal and professional data of individuals so that it cannot be misused in foreign countries by Google.

"We are planning to bring data protect law to protect personal and professional sensitive data of the individuals of India. So that it cannot be misused in foreign countries by Google. And if someone does it then we can take stringent action against the person," he said.

Addressing the ongoing Indian Science Congress, 2019, Science Communicators` Meet in Jalandhar on Saturday, he said, "India is now the third most attractive investment destination for technology transactions and it is the best time to do science in India."

The Union Minister further said that India`s ranking in global innovation index has jumped from 81st in 2015 to 60th in 2017 and that it is now at the sixth position in scientific publications and 10th in the patent filing.

A souvenir book on Science Communicators` Meet was also released by Prasad during the event.

While applauding the role of innovations in communication technology, the Minister informed that digital payments have surged to eight folds in the last five years to Rs 2,070 crore.

"There have been 2048 per cent growth in Aadhar Enabled Payment System transactions while transactions in UPI grew 1500 times in the last 24 months," he added.