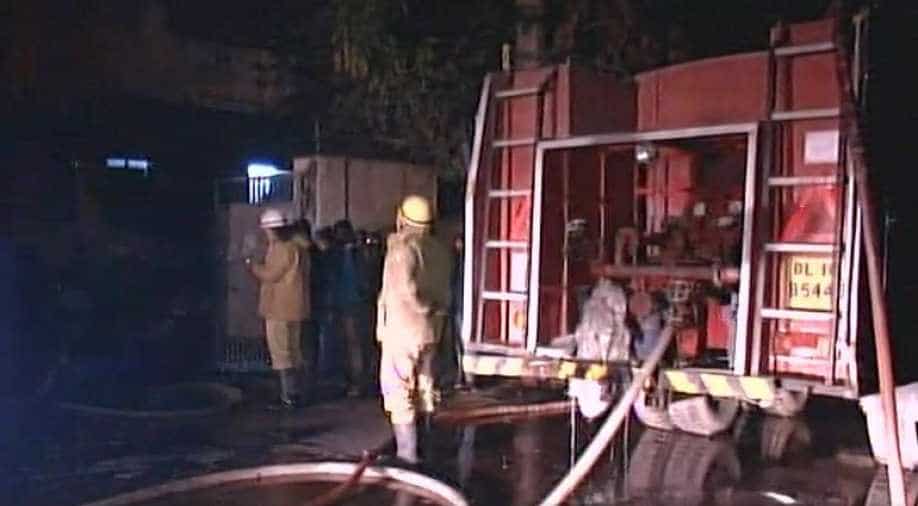 27 fire tenders were present at the spot to douse the flames. Photograph:( ANI )

A fire broke out at a factory in Delhi's Udyog Nagar on Tuesday evening and has been brought under control, a firefighting official said.

Twenty-seven fire tenders were present at the plastic commodity-making factory as firefighters made efforts to douse the flames.

The Deputy Chief Fire Officer Dharam Pal Bharadwaj assured that the situation was under control.

"We got to know of the fire at 7:20 pm on Tuesday evening. Around 27 fire tenders were sent to the spot. However, no casualties have been reported, and the situation is under control," the deputy chief fire officer told ANI.

He added that officers would need another three hours to clear out the factory.

Efforts to douse flames at a factory in #Delhi's Udyog Nagar continue. 27 fire tenders are at the spot. No casualties reported. pic.twitter.com/UW2ZX5ix5L

The reason for the fire remains uncertain.