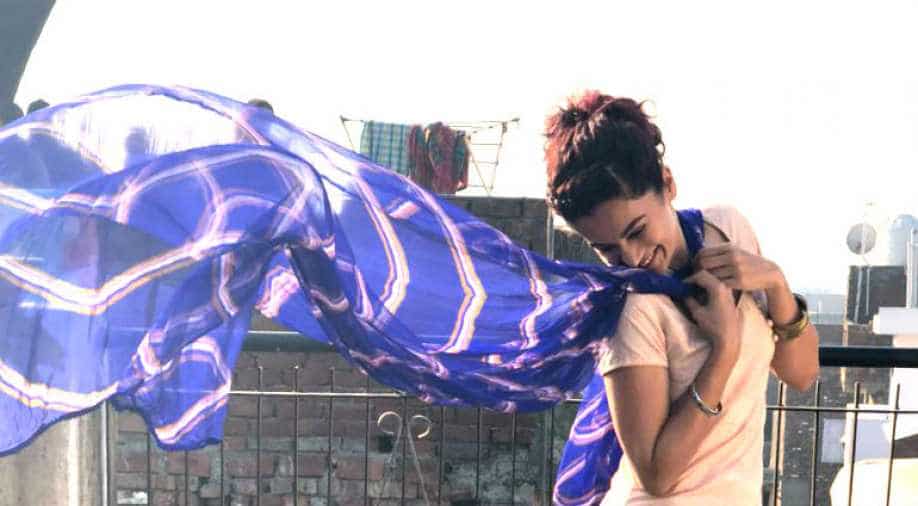 Taapsee Pannu in a still from Manmarziyaan Photograph:( WION )

Taapsee Pannu, known for playing powerful characters in Pink and Naam Shabana has been spotted looking like a complete ‘Sohni Kudi’ on the sets of Anurag Kashyap and Anand L Rai’s much-awaited film Manmarziyaan. The actor took to social media to share a few of her looks and we cannot get enough of this avatar. Donning Juttis, a Patiala Salwar and a 100 watt smile, Taapsee's look has caught everyone's eye.

Taapsee will be working with Anurag Kashyap for the first time. (WION)

The Dil Junglee actress is working with Anurag Kashyap and Anand L Rai for the first time. Manmarziyaan is a coming of age romantic drama- a first for both the director and Taapsee who has been seen in comedies and serious dramas before. Abhishek Bachchan and Vicky Kaushal are the other actors in the film.

The team of Manmarziyaan seem to be having a rollicking time shooting in Amritsar and Taapsee has taken to sharing updates on all the digital platforms to ensure her fans are posted about the film as it progresses.

Taapsee shared some more photos from the film's set. Here, have a look:

Manmarziyaan is scheduled to release in theatres later this year.