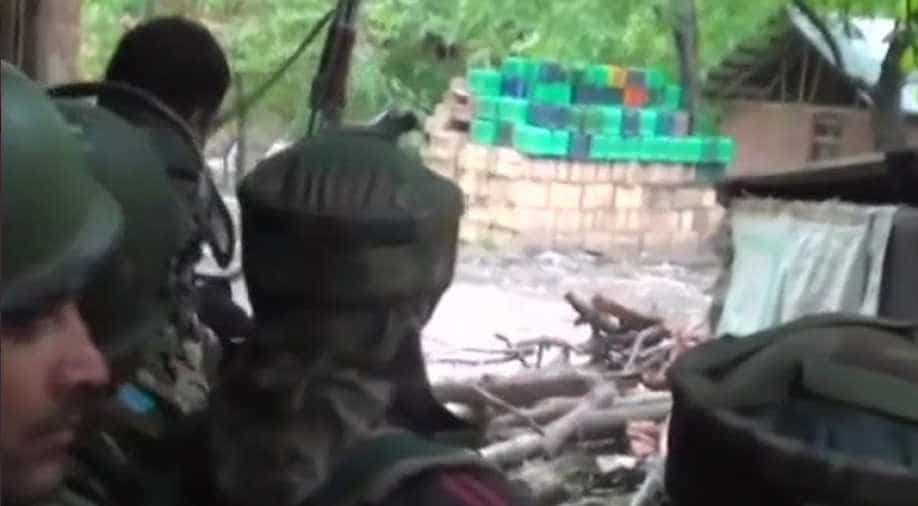 Two security personnel were injured in the ongoing joint operation which was jointly carried out by the army, the police and the Central Reserve Police Force.

Two security personnel were injured in the ongoing joint operation which was jointly carried out by the army, the police and the Central Reserve Police Force.

The encounter started at Badigam village's Imama Sahib where the terrorists were trapped inside a house.

The army had launched a cordon and search operation this morning after acting on specific information about the presence of militants in Badigam in the Zainapora area of the south Kashmir district, a police official said.

"The search operation turned into an encounter after the hiding militants fired upon the forces, which was retaliated," the official said.

A senior police official said the terrorists were not willing to surrender despite appeals.

"We appealed to them (terrorists) to surrender but continuous firing from inside is underway, cannot confirm the number of terrorists yet," Shailendra Mishra, Senior Superintendent of Police, Shopian said earlier.

Yesterday, three terrorists were killed in an encounter with security forces in Srinagar.

A Central Reserve Police Force personnel and two policemen were injured in the encounter which took place in the Chattabal area.

The terrorists fired at the security forces during a search operation.

Incidents of stone-pelting were also reported from the encounter site.