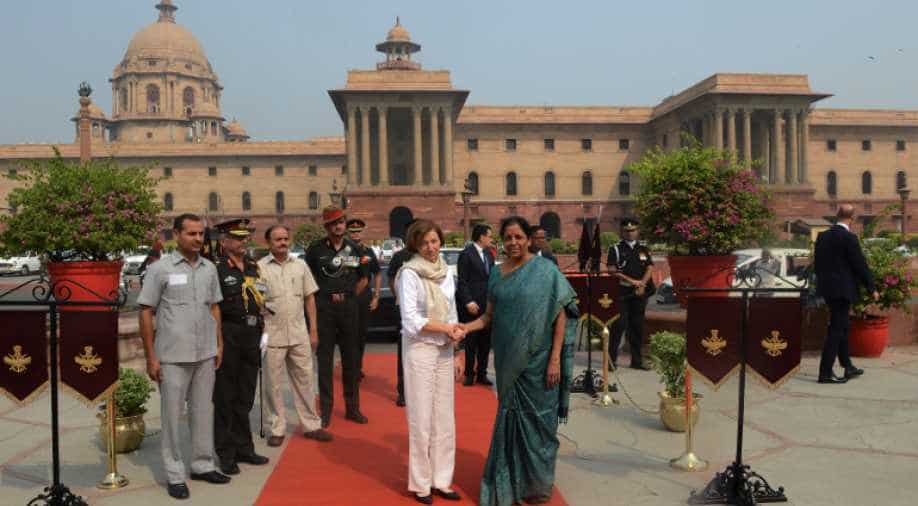 India and France today decided to expand their military cooperation in the strategically key Indo-Pacific region besides resolving to further ramp up the overall defence and security ties.

In their delegation-level talks, the two sides also agreed to expand counter-terror cooperation and felt that a lot more can be done in the maritime sphere, particularly in the Indo-Pacific region, where China was trying to expand its footprint, official sources said.

Interestingly, the Trump Administration has also been favouring deeper Indo-US collaboration on security in the Indo-Pacific region.

Parly described her interaction with Sitharaman as "excellent".

The sources said the French side explored the possibility of a follow-on order of additional Rafale fighter jets by India.

In a statement, the defence ministry said the ministers reviewed ongoing initiatives to further strengthen bilateral defence cooperation as a key pillar of the strategic partnership between the two countries.

"Recognising the growing significance of maritime security in the Indo-Pacific and the need for greater maritime domain awareness, India and France will further expand information sharing arrangements," it said.

It is Parly's first visit to India as defence minister and her trip is expected to lay the ground for French President Emmanuel Macron's upcoming trip to India.

"A range of measures to expand military to military ties, including enhancing the scope of their joint exercises, in particular, the Varuna naval exercise scheduled in early 2018, were agreed upon," the defence ministry said.

It said both countries will also actively explore additional measures to facilitate operational level interactions between their respective armed forces.

In their talks, the two ministers also comprehensively reviewed developments in defence equipment and industry cooperation between the two countries.

France is a major partner for India in developing various key military platforms including the Scorpene submarines.

"They agreed to strongly support projects for defence manufacturing under the Make in India initiative as well as promote defence technology and research and development cooperation," said the ministry.

After talks with Sitharaman Parly travelled to Nagpur and attended the foundation laying ceremony of an aerospace park being set up under a joint venture by French aircraft manufacturer Dassault Aviation and Anil Ambani-promoted Reliance Aerospace Ltd.