Death toll climbs to 24 as flood situation improves in Odisha 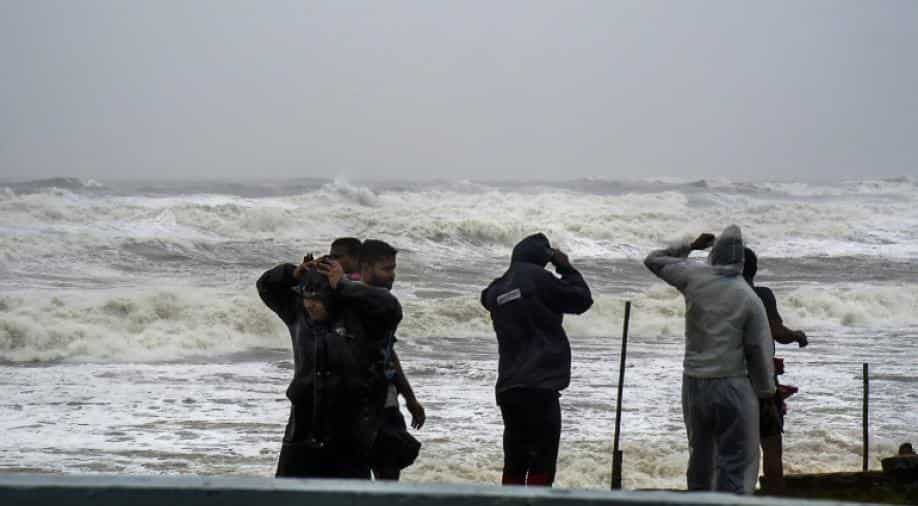 Heavy rains pounded Odisha over the last three days following the cyclone's landfall on Gopalpur in the southwestern part of the state.

The death toll in Cyclone Titli-hit Odisha rose to 24 Sunday after two more bodies were pulled out of the rubble brought by a landslide in Gajapati district, even as the flood situation in the state improved marginally, officials said.

Heavy rains pounded Odisha over the last three days following the cyclone's landfall on Gopalpur in the southwestern part of the state.

He said while 13 bodies were found Saturday night, two more bodies were pulled out of the rubble Sunday morning.

Besides those killed in the landslide, flood and rain-related incidents claimed three lives in Gajapati, and four and two in Ganjam and Khandamal districts respectively, the officials said.

The flood situation in Odisha has improved marginally, making it easier for the administration to expedite relief and restoration operations, Special Relief Commissioner (SRC) B P Sethi said.

Sethi, however, said the situation has "marginally improved in Ganjam and Gajapati districts, with water receding from low-lying areas and roads being cleared of tree trunks and electric poles".

"Electricity supply has been restored in many places in Ganjam, one of the worst-affected districts in the state.

"In Gajapati, too, the Odisha Forest Development Corporation (OFDC) personnel have been pressed into service to clear roads by removing the uprooted trees," Sethi told reporters after a review meeting with Chief Secretary A P Padhi.

The SRC said the cyclone had extensively damaged the standing crops in many affected areas and a loss assessment will be made in the next few days.

Sethi said assistance will be doled out accordingly to the affected farmers.

In Ganjam, vast stretches of the two towns of Aska and Proshuttampur were submerged in rainwater over the past two days, District Collector Vijay Amruta Kulange said.

The relief team had to air drop food packets for the stranded people in these areas, he said.

The SRC clarified that floodwater has subsided in Ganjam, Gajapati and Rayagada districts in the past 24 hours.

"As people are returning homes following improvement in weather conditions, food will not be provided in the relief camps in these districts anymore," he said.

Talking about the landslip incident in Gajapati, Sethi said the state government has decided to provide Rs 4 lakh ex gratia to families of each of the deceased.

Three additional ODRAF and two NDRF teams will be dispatched to Gajapati to step up restoration work, he said.

"Though, it will take time to restore the flood-affected areas, the subsiding water level at major rivers has brought relief to the people.

"The Budhabalanga river is flowing much below the danger mark near Barunighat," Sethi said.

But the situation is yet to change for better in Mayurbhanj district, where the villagers are still reeling under flood-like situation, the SRC said.

"The water from overflowing Budhabalanga and Gangahara rivers has gushed into around 14 villages in Badasahi block on Mayurbhanj.

"Road communication between Basta and Baliapal too continues to remain disrupted with Jalaka river still flowing above the danger mark," he added.

The ministerial team, constituted two days ago, has also been tasked with the responsibility of assessing damages.

"Connectivity has largely been restored to district headquarters and block headquarters in the affected areas. Work is going on in full swing to bring back normalcy," Mohanty said.

He said the field-level revenue officials have been asked to complete assessment work at the earliest.

Patnaik, who made an aerial survey of the cyclone-hit areas of Ganjam, Gajapati and Rayagada districts, said a family of four will be assisted with around Rs 3,000 as relief.