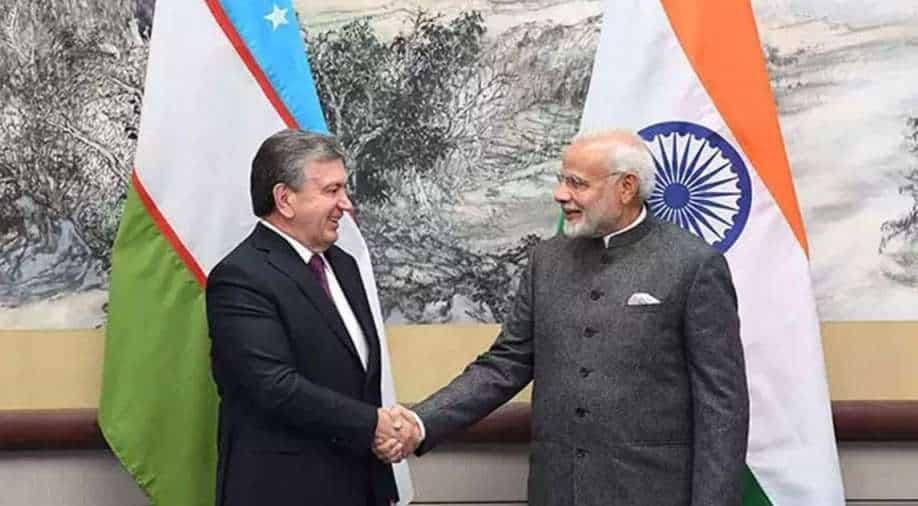 Uzbekistan had earlier announced its intent to join the international north-south transport corridor that connects Mumbai to Moscow.

Even as India and Uzbekistan have seen increased high-level exchanges, New Delhi has been invited to an international connectivity summit from July 15 and 16 which will take place in the Uzbek capital Tashkent.

Connectivity has been a key focus point of talks between the two countries and both India and Uzbekistan are already engaging on the Chabahar project. They formed a core group involving Iran, India and Uzbekistan on Chabahar port after the virtual summit between PM Modi and Uzbek President Shavkat Mirziyoyev in December 2020. Chabahar port in Iran is key to India's connectivity westwards and New Delhi has heavily invested in it.

Speaking to WION, Uzbek envoy to India, Dilshod Akhatov said, "Chabahar is a very important port. An important route for us in connectivity in the trade area, for our regions and between Uzbekistan and India. This was also discussed during the virtual summit between our leaders. We created a trilateral working group and to discuss the possibility of joint use of the port."

Uzbekistan had earlier announced its intent to join the international north-south transport corridor that connects Mumbai to Moscow. The invite for the mega connectivity summit was personally handed over by Uzbek foreign minister Abdulaziz Kamilov during his Delhi visit from February 24 to 25.

Uzbek envoy to India, Dilshod Akhatov said, "the main goal of the summit is to elevate the cooperation between two regions and countries of two neighbouring regions into a new level. Elevation of close historical ties between the region in a mutually beneficial manner in areas like economic, trade, investment, transport, innovations and technologies, culture, tourist exchanges and security areas."

The international conference named "Central Asia and South Asia regional connectivity: Challenges and opportunities" is being organized which is the initiative of Uzbek President Shavkat Mirziyoyev. The summit will have three common themes of discussion - economic, cultural, security- connectivity and aims to refresh historical ties. This is the first such initiative to bring leaders of central and South Asia together.

The summit will focus on connectivity between Central Asia and South Asia. The heads of states, governments and ministers of foreign affairs of Central and South Asia and other foreign countries, heads of leading international organizations, financial institutions, investment funds and companies as well as world research and analytical centres will be invited to the summit.

All leaders of both the regions, including the leadership and representatives of Russia, Iran, China, the US, and the EU will be invited to the summit.

Uzbekistan is the only central Asian country with which India has held a virtual summit so far. In strategic space and defense both sides are set to increase engagement. India and Uzbekistan are holding military exercises Dustlik-2 from March 9 to 21 Chaubatia, Uttarakhand.

Indian PM Narendra Modi had visited Uzbekistan twice, the first being  2015 and the second in 2016. President Shavkat Mirziyoyev also visited India twice in 2018 and in 2019. Uzbekistan is the only country in the region to host two private Indian universities.

The Bukhara state medical institute opened its branch at a university in Noida. An MoU on cooperation has been signed between Gujarat and the Andijan region of Uzbekistan and next in the line is India's Haryana state and Fergana.

Amid the pandemic, the air bubble agreement has also been given a green light to restart air travel between the two countries.

Recently the chief of the Indian Council for Cultural Relations(ICCR) Vinay Sahasrabuddhe had visited Uzbekistan to increase the cultural exchanges between the two countries.