After attack on BSF camp, Kashmir Police say they're looking for 'suicide squad' 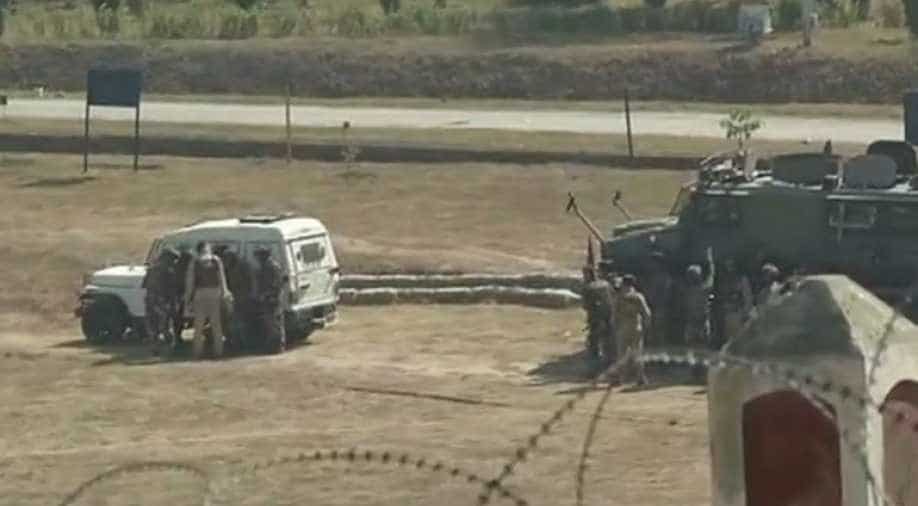 Three terrorists were killed after they entered a Border Security Force camp near the high-security Srinagar airport this morning and started shooting.

An assistant sub-inspector of the BSF was also killed, and three BSF jawans injured.

Inspector General of Police, Kashmir Range, Munir Khan said they continued to look for six to seven terrorists and that they needed to "neutralise them very fast".

We are looking for 6-7 terrorists and we need to neutralise them very fast: IGP Kashmir Munir Khan pic.twitter.com/EQsWdd7J8j

PTI reported officials as saying that there had been prior intelligence that a Jaish-e-Mohammed operative identified as "Noora Trali" had brought a suicide squad into the city.

PTI reported Munir Khan as saying the overground network of the terror group had been identified, but that he did not divulge any further information.

Police added that combing operations continued, and that they were looking for any explosives that might have been planted in the camp.

Khan blamed the attack on the Jaish-e-Mohammed, saying attacks of this type were carried out by them.

The BSF ASI was identified as BK Yadav.

His body was recovered during the combing operations.

Piecing together the chain of events, PTI reported police as saying the militants entered the BSF's 182 battalion headquarters through a damaged perimeter wall and started firing in all directions.

The three BSF jawans were injured at the beginning of the attack and one militant killed in the retaliatory fire, PTI reported a police official as saying.

After that, PTI reported, the two remaining militants moved in different directions and took shelter in different buildings before being killed by security forces.

Civilian air operations at Srinagar airport, which were shut down for about three hours during the attack, were resumed at 10 am.