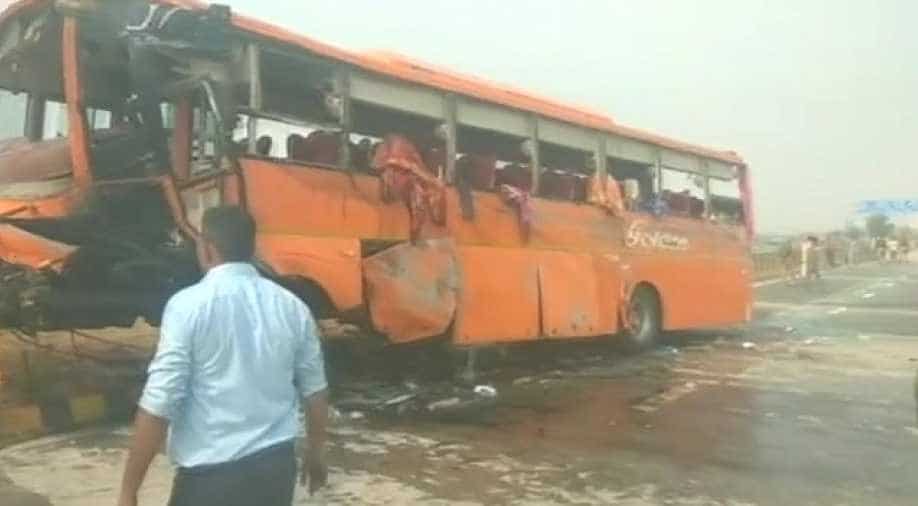 An accident took place when a school bus tyre burst in the Yamuna Expressway near Agra on Friday afternoon. Photograph:( ANI )

One person died and 45 students were - 5 of them seriously - when a school bus they were travelling in suffered a tyre burst on the Yamuna Expressway near Agra on Friday afternoon.

A bus carrying the school children overturned and hit a divider.

The students were from class VI to VII of Alok Bharti School in Himachal Pradesh's Mandi. They were on their way to Agra for an excursion tour.

The students who got injured in the accident were taken to the Sarojini Naidu Medical College in Agra.

#Visuals Several students injured after a bus carrying them overturned due to tyre burst on Yamuna Express highway near Agra pic.twitter.com/374t45g0PM