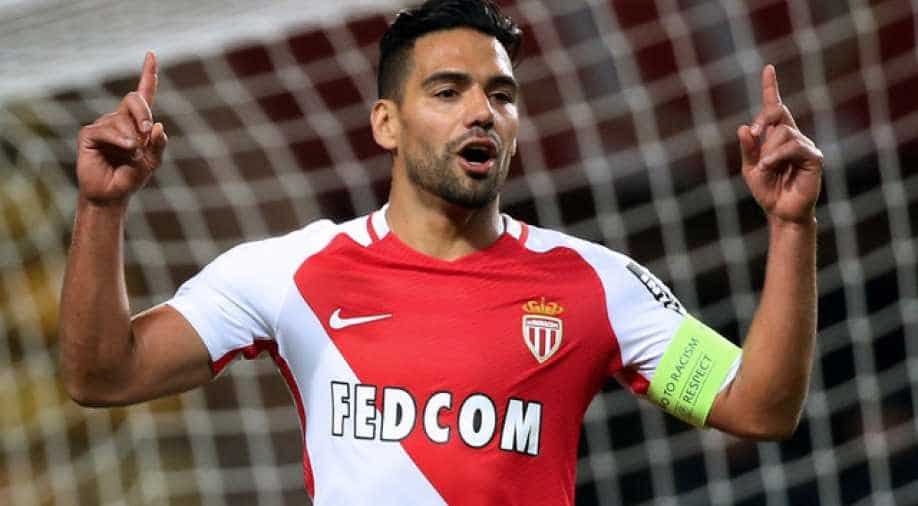 Rejuvenated Colombian striker Radamel Falcao bagged his fifth goal in five Ligue 1 appearances as Monaco swept past bottom club Lorient 3-0 to march to the top of the table on Friday.

The visitors, who have the league's most potent attack with 39 goals in 13 games, went ahead through Falcao in the 64th minute before Thomas Lemar and Gabriel Boschilia made sure of victory.

Leonardo Jardim's side, who travel to Tottenham Hotspur in the Champions League on Tuesday, have 29 points and lead Nice on goal difference.

Nice visit St Etienne on Sunday while third-placed Paris St Germain, who are three points off the pace, host Nantes on Saturday.

Maxwell Cornet struck in the third minute as Olympique Lyonnais jumped up to fourth with 22 points after a 1-0 win at Lille.

The home team finished with 10 men after Younousse Sankhare was shown a straight red card in the 55th minute.

Monaco have only failed to score once this season and Lorient did well to keep them at bay for so long with keeper Paul Delecroix denying Lemar and Valere Germain several times.

Lorient created their own chances at the other end in the first half but failed to take them.

Falcao, who struggled on loan at Chelsea and Manchester United in the previous two seasons, produced a clinical finish when he latched on to Bernardo Silva's cross near the penalty spot to put Monaco in front.

Boschilia then rubbed salt into Lorient's wounds with the third goal in stoppage time.

Lorient, who have lost six of their last seven league games, are on seven points.