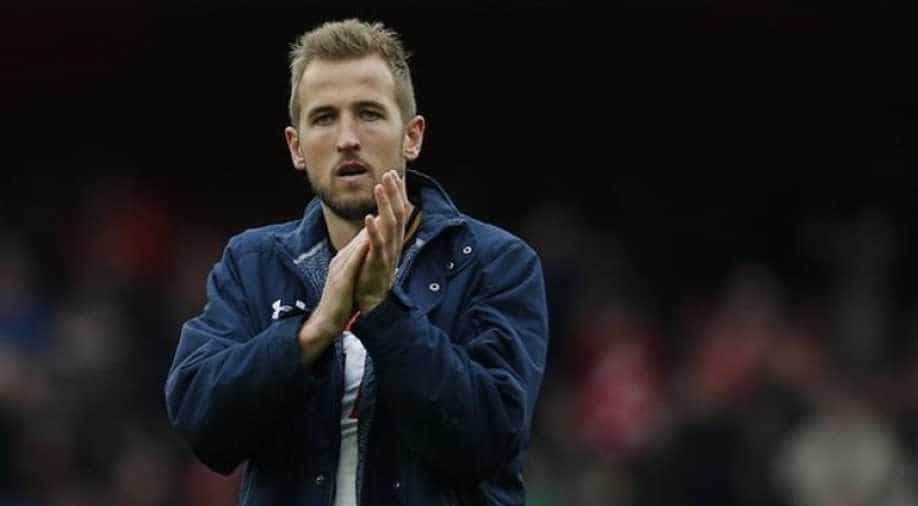 The 24-year-old signed a deal to remain at Tottenham until 2022 but Wayne Rooney told Sky Sports on Monday that Kane could contemplate his future if Tottenham do not start winning trophies. Photograph:( Reuters )

Tottenham Hotspur striker Harry Kane returned from injury to earn his side a 1-1 draw in the north London derby and deny Arsenal leadership of the Premier League on Sunday.

Kane equalised from the penalty spot shortly after halftime after defender Kevin Wimmer's own goal had given Arsenal the lead shortly before the interval.

Tottenham remain unbeaten in the Premier League, although winless is seven games, while Arsenal are unbeaten in all competitions since the opening day of the season.

Both sides struck the woodwork, Theo Walcott for Arsenal before halftime and Christian Eriksen late on for Spurs.

Arsenal remain third with 24 points, one behind leaders Chelsea. Tottenham are fifth on 21.