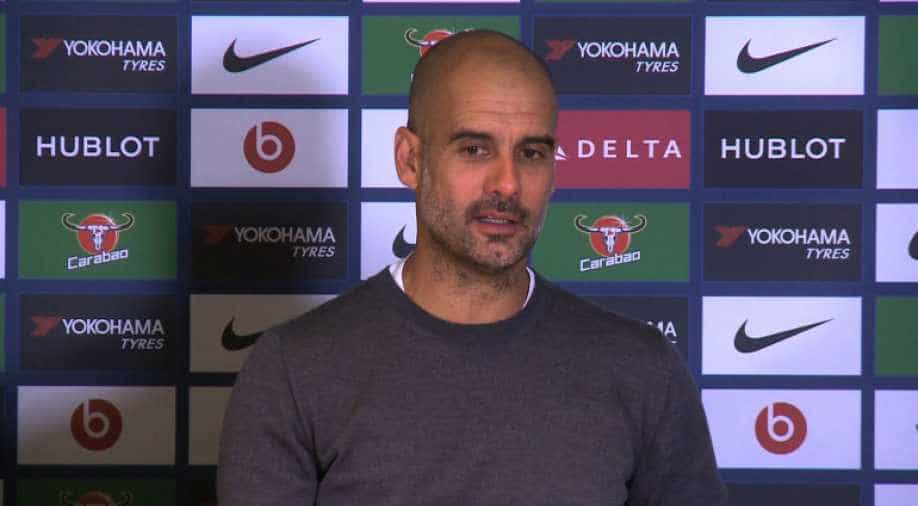 Manchester City boss Pep Guardiola was named Premier League manager of the month for September on Friday after guiding the club to four wins from four games.

City, who top the table on 19 points and are ahead of local rivals Manchester United on goal difference after seven games, began the month with a 5-0 thumping of Liverpool before beating Watford 6-0 away and Crystal Palace 5-0 at home.

Guardiola's team, who host Stoke City on Saturday, rounded off their clean sweep in September with a hard-fought 1-0 victory at defending champions Chelsea to take their total to 17 goals scored with none conceded during the month.

The Spaniard fended off competition from fellow nominees Jose Mourinho, Mauricio Pochettino and Arsene Wenger to claim the award for the second time since taking charge of City last season.

Tottenham Hotspur striker Harry Kane was named the player of the month after scoring six goals in four league games.

The 24-year-old opened his domestic account for the season with a brace in Tottenham's 3-0 win at Everton on Sept. 9 but failed to find the net as his side were held to a 0-0 draw by struggling Swansea City in their next league game.

Kane got back on track the following weekend with another double as Tottenham ran out 3-2winners at West Ham United before adding two more goals in their 4-0 demolition of promoted Huddersfield Town on Sept. 30.

"I'm very pleased to have got this award again. Hopefully, there will be a few more from now until the end of the season," Kane said in a video posted on the Tottenham Twitter account after claiming the award for the fifth time.