Will Smith shares his Genie beauty secrets from 'Aladdin' 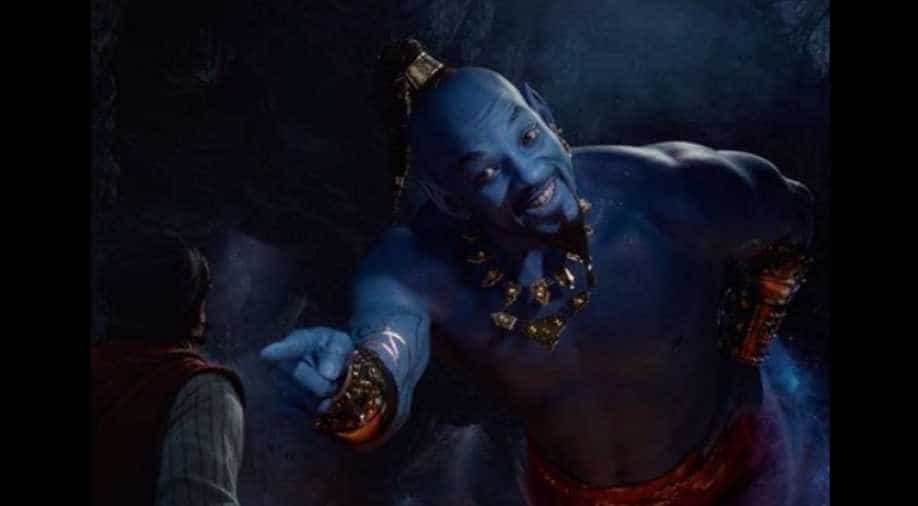 Disney is also set to remake other animated classics including `Mulan`, `The Little Mermaid`, `Snow White` and `Pinocchio`.

Will Smith fans loved the actor`s makeup routine for his role of 'Genie' in Disney's 'Aladdin'.

A behind-the-scenes video posted by Smith on Instagram had his followers ROFLing.

"This is my beauty tips and beauty secrets. I don`t want Kylie Jenner stealing my stuff!" he jokingly said, referring to Kylie Jenner who recently launched her skincare line.

Will Smith shared the video, titled 'The key to my Genie Magic,' on Instagram.

The 'Men In Black' actor also told fans that he likes wearing eyeliner, "The part I hate about not being able to play Genie [anymore] is eyeliner. I really like wearing eyeliner. You see how pretty my eyes are?"

The key to my Genie Magic? #Guyliner⁣ ⁣ 📹: @westbrook

'Aladdin', directed by Guy Ritchie, is in theaters now.

The live-action adaptation of Disney`s `Aladdin` pulled off really well on the box office by clocking $7 million as recorded on Thursday.

The musical film, which is opened wide in 4,400 locations, received a mixed response from critics, with a 60 percent fresh rating on Rotten Tomatoes.

Disney is also set to remake other animated classics including `Mulan`, `The Little Mermaid`, `Snow White` and `Pinocchio`.