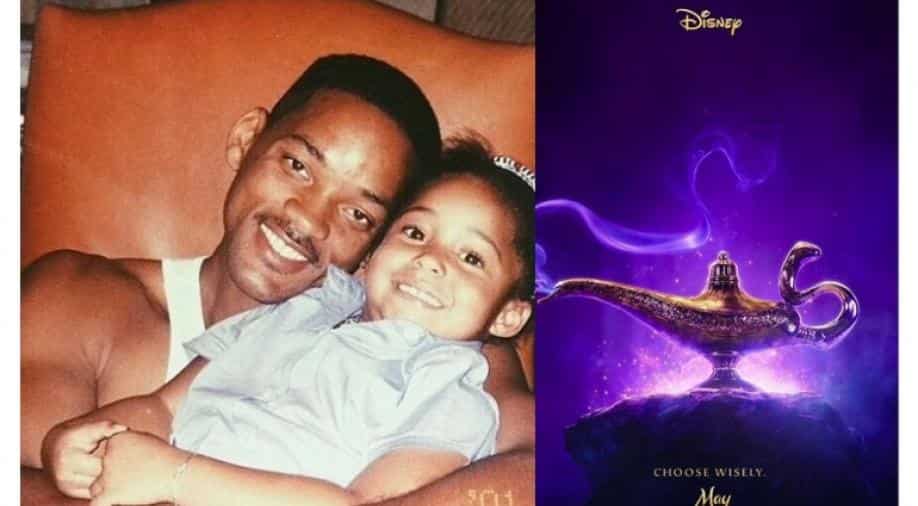 File photo of Will Smith and his movie poster of 'Aladdin' Photograph:( Instagram )

The 'Suicide Squad' actor Will Smith has shared his next movie, 'Aladdin's' poster.

Smith features as a magical genie in the movie. He shared his film's first poster on Instagram.

'Aladdin' is a movie based on fantasy and also features Mena Massoud as Aladin, Naomi Scott as Jasmine, Marwan Kenzari as Jafar and Billy Magnussen and Nasim Pedrad as Jasmine`s friends.

The film is a remake an award-winning movie (had won Oscar award twice) in 1992.

Guy Ritchie has directed the film. The film will release on May 24th, 2019.