Robert Downey Jr is all praises for Rami Malek as he wins Oscar, shares an emotional video 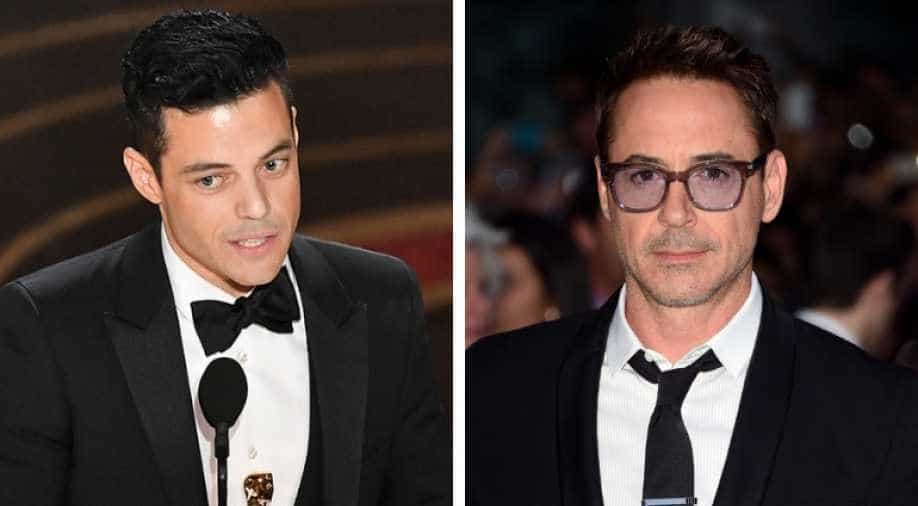 Rami Malek's Oscar-winning performance in 'Bohemian Rhapsody' is the toast of Hollywood at present. The 'Mr Robot' star was already popular but his role as late singer Freddy Mercury has just increased his fan base manifold including 'Iron Man' Robert Downy Jr.

Downey Jr recently posted a heartwarming video on Instagram which shows him praising the 'Bohemian Rhapsody' actor. The video was captioned as "@ramimalek Who loves you babe? This guy right here..."

In the video, Downey Jr can be seen saying, "I say, unequivocally, Rami Malek is the front of the bloodline of his acting generation, I think he has witnessed it here tonight and from an endomorphic loner of 'Mr Robot' to the complete showman that he displayed here. I am just telling you dude and you already know it, you are good.”

The two actors have known each other for a long time.  Downey Jr had even made a surprise visit on Malek's 'Mr Robot' sets a few years back.
Later, recounting the visit, Malek in an interview had told Downey Jr, "You turned me into a hero when you came to set. I’m not kidding. They were like, ‘You know him?’ ‘How do you know him?’ I knew it was very cool to know you, but the world started paying me more attention on that day on set. I just told them how close we were and that we hang out, we celebrate holidays together, we watch movies together, all of which is true!”