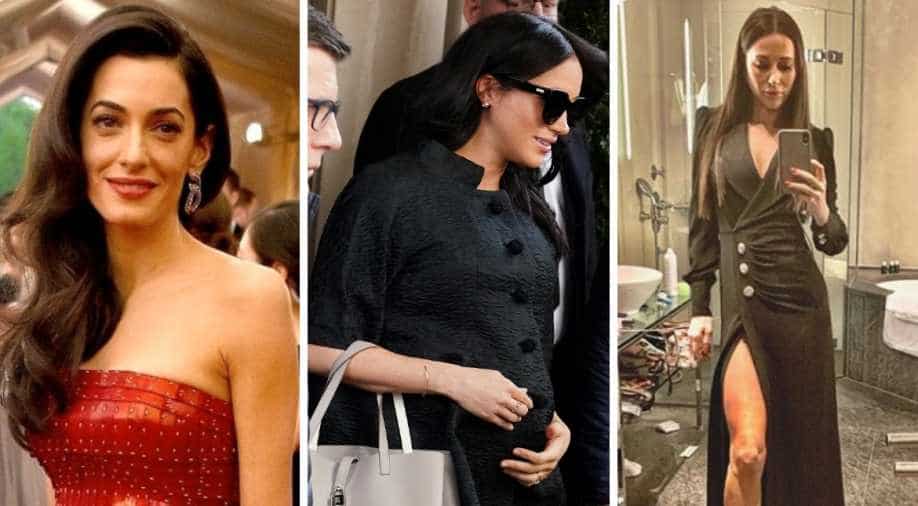 Meghan is expecting her first child with husband Prince Harry. The baby is due in April.

Meghan Markle threw a baby shower on Wednesday in New York for her close friends. Her celeb friends Serena Williams, Amal Clooney and others were spotted exiting Mark Hotel in Manhattan after attending the party.

The first amongst others to leave from the shower on a rainy afternoon was human rights lawyer, Amal Clooney. Also spotted were Abigail Spencer, Jessica Mulroney, designer Misha Nonoo, makeup artist Daniel Martin. With all her close friends rooting for Meghan, what does raise eyebrows is the absence of Priyanka Chopra.

Meanwhile, the girls left one after another, as they were escorted to their respective vehicles by the security present.

Such an incredible day celebrating #babylove 🎉🧸🎈

According to the Daily Mail, Meghan's good friend Serena Williams also made a quick visit.

The hotel in which Meghan hosted the shower apparently runs US$75,000 per night.

Meghan is expecting her first child with husband Prince Harry. The baby is due in April. This trip to the US is her first after the wedding in May 2017. She married the royal at Windsor Castle in the UK. Prince Harry is Queen Elizabeth's grandson and sixth in line to the British throne.

We will see more of Meghan in the coming days as the royal couple is scheduled to visit Morocco from February 23 to 25 on an official trip.