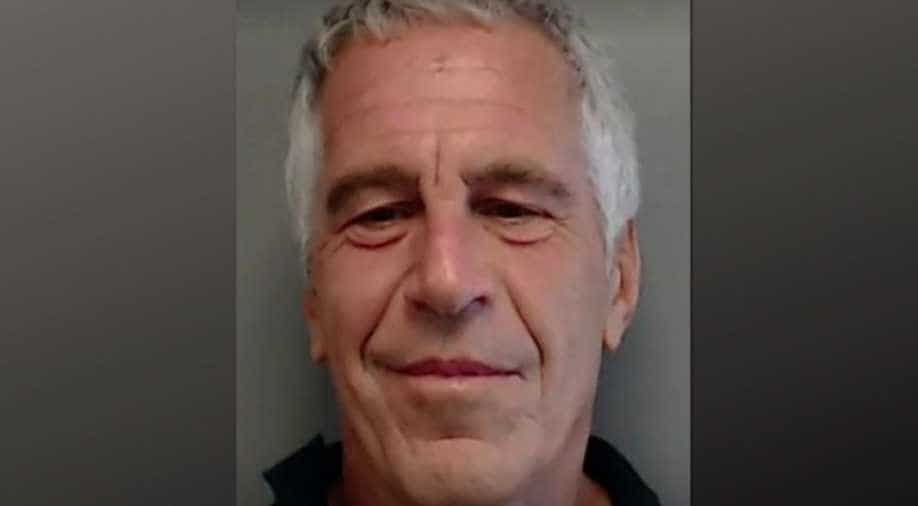 Epstein, 66, hung himself in his New York prison cell earlier this month while awaiting trial on charges he trafficked young women for sex, depriving alleged victims of their day in court.

Alleged victims of Jeffrey Epstein wept in court Tuesday as they told an extraordinary US hearing held weeks after his death how they were sexually abused by the disgraced financier.

More than a dozen women -- some speaking through tears, others with their voices breaking -- described how he "stole" their dreams and "robbed" them of their innocence.

Epstein, 66, hung himself in his New York prison cell earlier this month while awaiting trial on charges he trafficked young women for sex, depriving alleged victims of their day in court.

Tuesday's hearing was scheduled so they could tell their stories before the case against him is dismissed. It was the first time most of the women had spoken publicly about Epstein.

"Today we stand together. I will not remain a victim and be silent for one more day," said actress Anouska De Georgiou, who said she was sexually abused by Epstein.

The women hugged and consoled each after returning from the podium where they addressed the Manhattan federal court, some reading from statements others going without.

A few cried as they listened to testimony that sounded all too familiar to their own: vulnerable young women who were recruited, groomed, and then coerced into having sex with a multi-millionaire.

Chauntae Davies described how she spent two weeks "vomiting myself to death" in a hospital after being raped by Epstein after she was recruited to give him massages, detailing his "sick abuse of young girls."

"Every public humiliation I have endured I have suffered and he has won," she said.

Another victim, who asked to remain anonymous, said she was "haunted forever" by being raped by Epstein.

"I was his slave. I felt powerless and ashamed," she said, adding that Epstein had threatened to kill her if she wasn't a virgin.

- 'He did not act alone' -
The majority of those who spoke expressed their outrage at Epstein's suicide on August 10.

"I feel very angry and sad because justice has never been served in this case," said Courtney Wild, describing Epstein as a "coward."

Jennifer Araoz said that "even in death Jeffrey Epstein is trying to hurt me."

"The fact that I will never have a chance to face my predator in court eats away at my soul," she told the court.

Annie Farmer said that she and her sister had tried to tell law enforcement officials about Epstein as far back as 1996 but to no avail.

They urged prosecutors to go after co-conspirators. Maxwell has denied allegations against her.

"Please, please, please finish what you started. US victims are prepared to tell the truth. He did not act alone," Sarah Ransome, told the court, saying Epstein ran an "international sex trafficking ring."

Virginia Roberts Giuffre, who says she was abused by Epstein for years and farmed out to his wealthy friends including Britain's Prince Andrew, said "the reckoning must not end, it must continue."

Giuffre has said she was forced to have sex with Prince Andrew three times, an allegation he has repeatedly and strenuously denied.

"He knows exactly what he's done and I hope he comes clean about it," she told reporters after the hearing.

Epstein, who befriended many celebrities and politicians over the years, including Donald Trump and Bill Clinton, was arrested in July and charged with trafficking girls as young as 14 for sex.

He faced up to 45 years in prison if convicted.

Epstein was previously convicted in 2008 in a Florida state court for paying young girls for sexual massages.

He served just 13 months in jail under a plea deal that did not see his accusers testify in court.

Epstein's lawyer Martin Weinberg said the defence team were sceptical that Epstein had killed himself and called on the judge to open his own investigation.

"We deeply want to know what happened to our client," he said.

The US government and the FBI are already investigating and Berman was non-committal.

Sixteen women addressed the court while lawyers read out statements on behalf of seven other accusers.

Judge Berman said Tuesday's hearing had been called out of respect for the victims and praised them for "their courage to come forward."