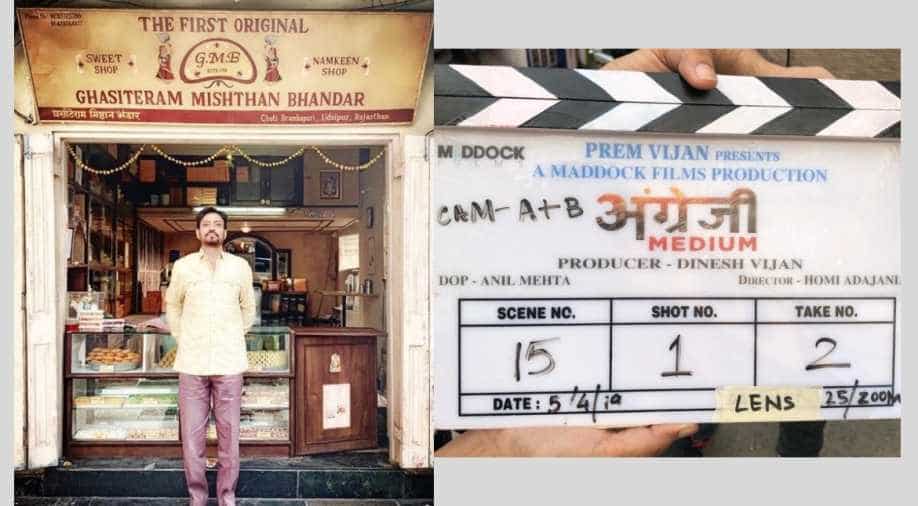 Kareena Kapoor has been roped in to star opposite Irrfan Khan while Radhika Madan is said to play their daughter in the film.

Irrfan Khan is back to films and how!

In a new picture shared from the sets of his upcoming film 'English Medium', actor Irrfan Khan smiles and looks healthy, much to the relief of his fans who were concerned ever since he announced his cancer last year. Back to films and in India, Irrfan will star in the sequel to the hit film 'Hindi Medium' that had him with Pakistani actress Saba Qamar.

GMB serving since 1900s It’s going to be fun to tell another story #AngreziMedium.

Taking the story forward as Irrfan's daughter, now played by Radhika Madan in this film goes to the US, 'English Medium' is one of the most0-awaited films of the year as it marks the return of the actor.

The film also has Kareena Kapoor Khan, in a role opposite Irrfan. This will be the first time that the two will collaborate on a film. They are currently for the film in Rajasthan.

It is directed by Homi Adajania and also stars Deepak Dobriyal in a pivotal role.