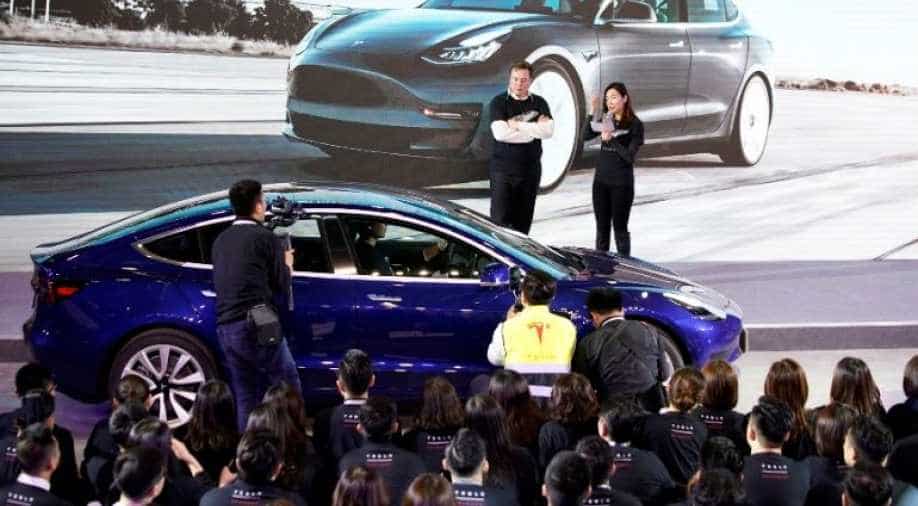 The $2 billion Tesla Inc factory started delivering cars in just 357 days, a record for global automakers in China. The first 10 customers from the public received their China-made Model 3 sedans on Tuesday.

Elon Musk showed off striptease moves at the launch of Tesla's Model Y electric sports utility vehicle programme at its new Shanghai factory on Tuesday, where the company delivered its first cars built outside the United States to the public.

The $2 billion Tesla Inc factory started delivering cars in just 357 days, a record for global automakers in China. The first 10 customers from the public received their China-made Model 3 sedans on Tuesday.

Billionaire CEO Musk danced enthusiastically on stage at the event, then stripped off his jacket and flung it aside to reveal a T-shirt with a cartoon of the factory. In a tweet, he labelled the video "NSFW" - not safe for work.

He predicted that "ultimately Tesla Model Y will have more demand than probably all the other cars of Tesla combined", with his voice cracking with emotion at times while talking about the progress of the Shanghai factory. The ceremony was attended by Shanghai Mayor Ying Yong and other senior government officials.

Tesla executives, however, did not provide further details on the progress of the China-made Model Y project. A Tesla representative declined to comment further.

Tesla's shares are trading close to their record high after it beat Wall Street estimates for vehicle deliveries in its fourth quarter. News of production ramp-up in its China factory and upbeat early deposits for its recently launched pickup truck have also supported its share price. 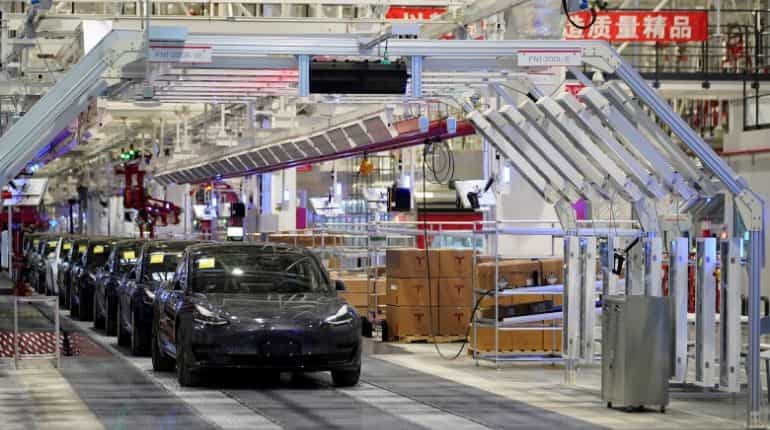 [Tesla Model 3 vehicles are seen during a delivery event at its factory in Shanghai (Courtesy: Reuters)]

Construction of Tesla's first plant outside the United States began in January and production started in October.

The factory started with a production capacity of 150,000 Model 3 sedans and Tesla aims to push that to 250,000 vehicles a year, including Model Y, in the plant's first phase.

Tesla unveiled its Model Y in March 2019 and said in October that production of the electric compact SUV at its Fremont facility was running ahead of schedule, adding at the time that it expects to launch the model by summer 2020. 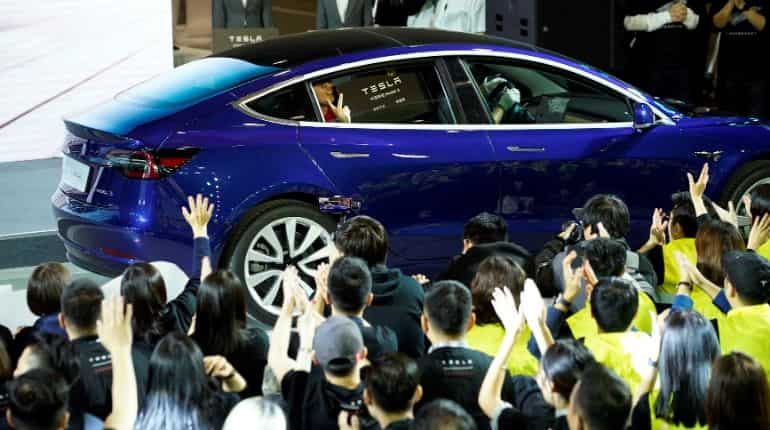 It has said that margin expectations are higher for Model Y than Model 3, while production costs are roughly the same.

Tesla's China website estimates the starting price for Model Y vehicles at 444,000 yuan ($63,911.56). It will announce the retail price later, the website says. The China-made Model 3 sedans are priced at 355,800 yuan before subsidies.

Shanghai Vice Mayor Wu Qing said he hoped to see Tesla extend its cooperation with the city and for the car maker to manufacture more models at its Chinese plant.