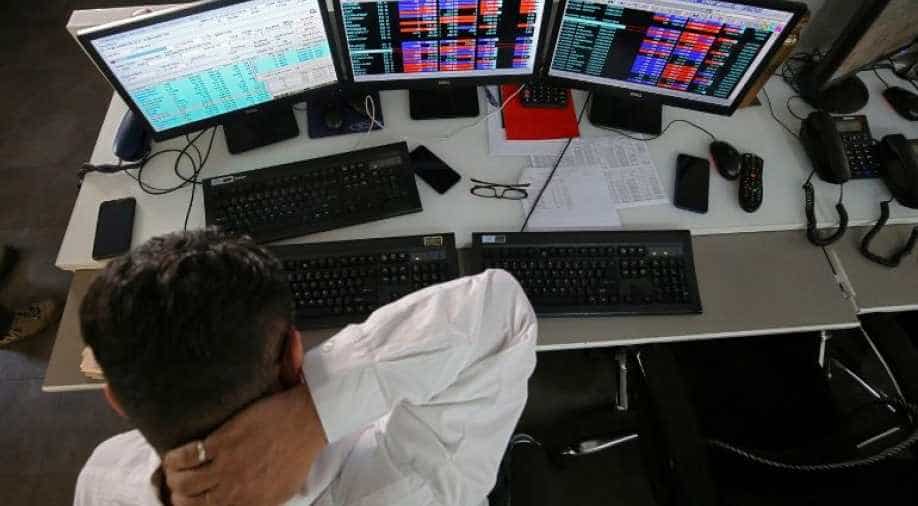 Indian shares were flat on Friday, ahead of GDP data that is likely to show Asia`s third-largest economy entered a recession in the September quarter in a coronavirus-induced slump.

A slight dip in IT services shares was countered by a 1.53% rise in automotive stocks before the release of monthly vehicle sales figures from Tuesday. Indian markets will be closed on Monday for a local holiday.

India`s economic activity likely picked up in July-September after a record 23.9% contraction the previous quarter, data due around 1200 GMT is expected to show.

Economists in a Reuters poll forecast gross domestic product (GDP) to shrink 8.8%, a contraction that would still amount to a technical recession.

"In spite of the impact of lockdowns, if negative growth starts to come down, that itself is positive," said A.K. Prabhakar, head of research at IDBI Capital in Mumbai.

Both indexes were on course to end the month about 11.5% higher — their second best monthly performance this year, after a 14.7% gain in April — powered by record inflows from foreign institutional investors and progress on COVID-19 vaccines.

IT services firm Tata Consultancy Services fell 1.1% and was among the top drags on the index.

Other Asian shares stalled near record highs as investors weighed renewed doubts about AstraZeneca`s COVID-19 vaccine against hopes that some of the region`s economies will recovery quicker than their Western peers.