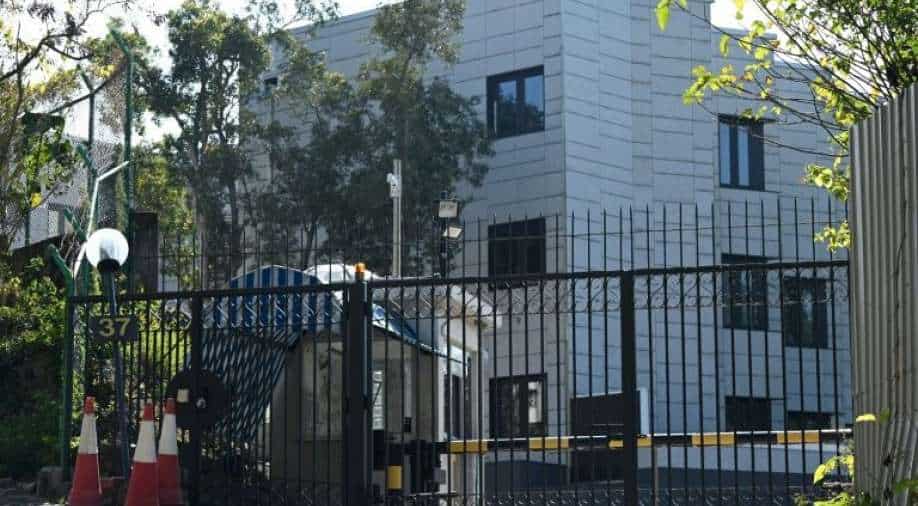 This particular deal for six luxury pads in a swanky part of the island would have seen the US State Department pocket US$330 million.

A multi-million-dollar property sale by the US Consulate in Hong Kong has been put on hold because it has not received permission from Beijing.

The two countries have been at loggerheads for months over trade, human rights and a clampdown on Hong Kong, with Beijing increasingly willing to wield its economic power to push back against what it says is American interference in internal affairs.

This particular deal for six luxury pads in a swanky part of the island would have seen the US State Department pocket US$330 million. But it appears to have fallen victim to growing tensions between Washington and Beijing, who insisted it was no ordinary property transaction and needed a specific go-ahead.

Hong Kong's Hang Lung Properties had agreed to pay HK$2.6 billion for the six plots earlier this year. But on Wednesday, it said the sale could not be completed as scheduled, because Hong Kong's Land Registry had not received written consent from Beijing.

The company said it had received a letter from the Land Registry advising that the "sale of the property involves foreign affairs between the People's Republic of China and the US, and should not be regarded as an ordinary commercial activity".

Hang Lung said it had been told the US government had a "diplomatic obligation" to make a written application to Beijing at least 60 days prior to any intended real estate transaction in Hong Kong, and obtain written consent for it; and that the Land Registry could not proceed without this. The company noted that it was not made aware of this requirement beforehand.