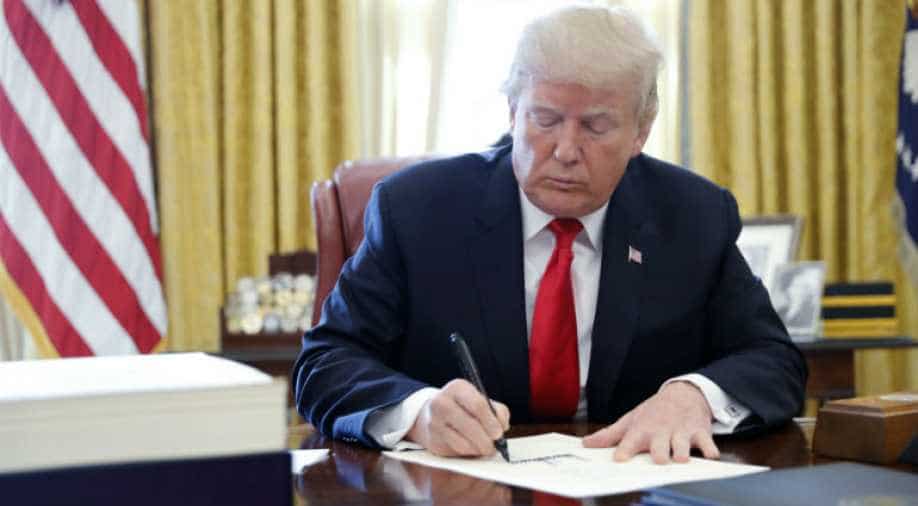 US President Donald Trump said on Friday he would not consider reinstating an immigration program that protected young people from deportation without a commitment from Democrats to help build a wall on the border with Mexico and end certain immigration programs.

The debate on immigration will be a pivotal issue in Washington in early 2018 ahead of midterm congressional elections in November.

In September, Trump ended the Deferred Action for Childhood Arrivals (DACA) program, which protected young people from deportation who had been brought to the United States illegally as children and gave Congress until March to devise a long-term solution.

Democrats have pushed for DACA to continue, but Trump, a Republican, has said that will not happen without the end to various visa programs and the construction of a wall along the southern US border.

"The Democrats have been told, and fully understand, that there can be no DACA without the desperately needed WALL at the Southern Border and an END to the horrible Chain Migration & ridiculous Lottery System of Immigration etc," Trump posted on Twitter on Friday.

Representatives for Senate Democratic Leader Chuck Schumer and House Democratic Leader Nancy Pelosi said they would not negotiate the issue in the media but looked forward to serious talks after lawmakers return to work in Washington early next month.

The Senate is set to resume its work January 3 while the US House of Representatives restarts its session January 8.

Trump promised to build a border wall as a presidential candidate and has continued to press for it publicly.

He has also called for an additional "merit based" assessment for U.S. visa recipients.