Trudeau is two-faced, he's not paying 2%, it's Canada, they have money: Trump 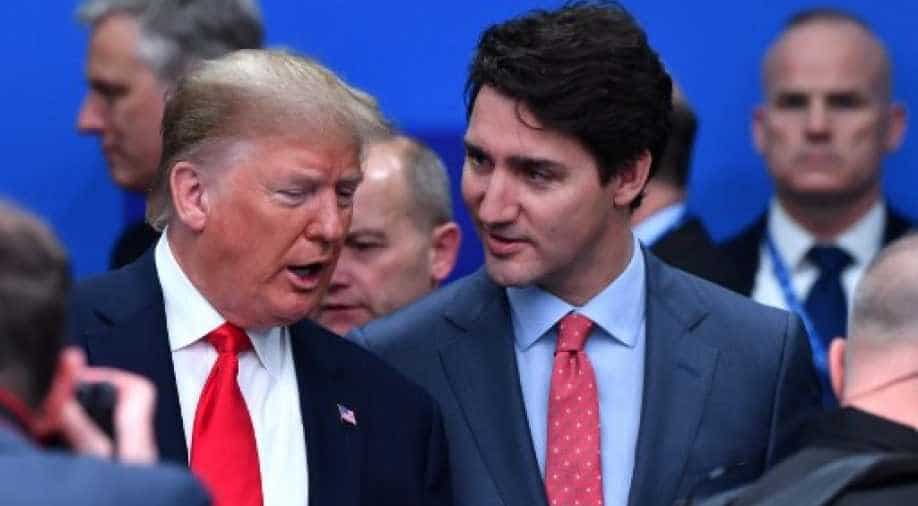 The US president did not take too kindly to Trudeau's remarks, telling reporters, 'it's Canada, they have money'.

After Canada's PM Justin Trudeau was seen making remarks against Trump during a conversation with Macron and PM Johnson, the US president shot back saying he called out "two-faced" Trudeau for not paying two per cent to NATO.

Trudeau, French President Macron and PM Johnson were seen making conversation caught on camera where they were apparently talking about the US president. The video clip filmed during Buckingham Palace reception went viral on social media.

In the video, the leaders were seen talking about Macron's meeting with Trump which was followed by a media session. British Prime Minister Boris Johnson can be heard asking France's President Emmanuel Macron, "Is that why you were late?"

Canada's Prime Minister Justin Trudeau interjected, saying, "He was late because he takes a 40-minute press conference off the top."

The US president did not take too kindly to Trudeau's remarks, telling reporters,"He's two-faced. Honestly, with Trudeau, he's a nice guy, I find him to be a very nice guy. But the truth is I called him out on the fact that he's not paying 2% and I guess he's not very happy about it."