Opinion: How an Ethiopia-backed port is changing power dynamics in the Horn of Africa 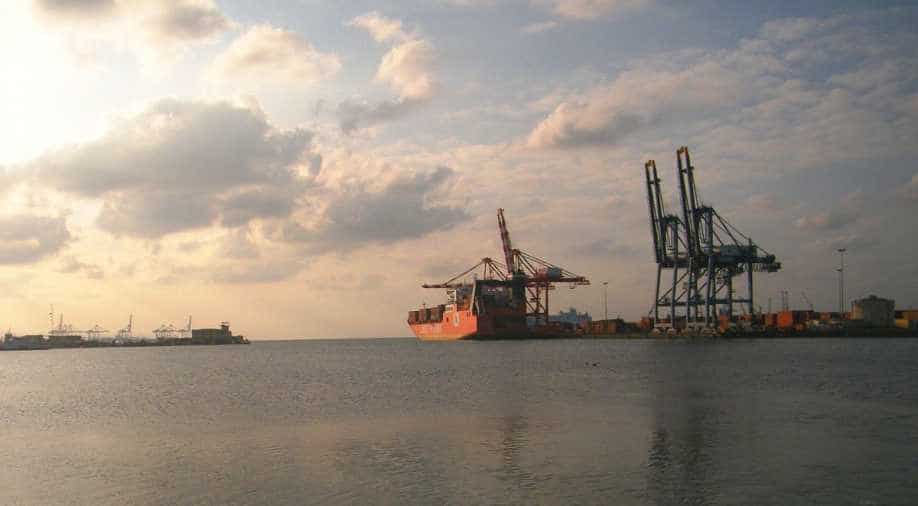 Shipping vessels seen off the Djibouti port in the Gulf of Aden. Photograph:( Others )

When Eritrea gained its independence from Ethiopia in 1993, Ethiopia became landlocked and therefore dependent on its neighbours – especially Djibouti – for access to international markets. This dependency has hampered Ethiopia’s aspiration to emerge as the uncontested regional power in the Horn of Africa.

Recently, however, the ground has been shifting. As we point out in a recent article, Ethiopia has attempted to take advantage of the recent involvement of various Arab Gulf States in the Horn of Africa’s coastal zone to reduce its dependency on Djibouti’s port. The port currently accounts for 95% of Ethiopia’s imports and exports. It has done so by actively trying to interest partners in the refurbishment and development of other ports in the region: Port Sudan in Sudan, Berbera in the Somaliland region of Somalia, and Mombasa in Kenya.

But it is Berbera, in particular, that will prove the most radical in terms of challenging regional power dynamics as well as international law. This is because a port deal involving Somaliland will challenge Djibouti’s virtual monopoly over maritime trade. In addition, it may entrench the de-facto Balkanization of Somalia and increase the prospects of Ethiopia becoming the regional hegemon.

Ethiopia’s interest in Berbera certainly makes sense from a strategic perspective. It is closest to Ethiopia and will connect the eastern, primarily Somali region of Ethiopia to Addis Ababa. It will also provide a much needed outlet for trade, particularly the export of livestock and agriculture.

The development and expansion of the port at Berbera supports two primary pillars of Ethiopia’s regional policy. The first is maintaining Eritrea’s isolation. The aim would be to weaken it to the point that it implodes and is formally reunited to Ethiopia. Or it becomes a pliant, client state.

Ethiopia’s ambitions for Berbera have been hampered by two problems. Firstly the Republic of Somaliland – a de-facto independent state since 1991 – still isn’t recognised internationally. This makes engagement a political and legal headache. Secondly, Ethiopia, doesn’t have the critical resources needed to invest and build a port.

Ethiopia had been trying to get Abu Dhabi and Dubai interested in the Berbera Port for years. It’s latest push was assisted by a number of factors. These included a shift in the UAE’s military focus in Yemen and Ethiopian assurances of more trade and some financing to upgrade the port.

Ethiopia’s diplomatic push – which coincided with developments across the Gulf of Aden – finally got it the result it craved. In May 2016, DP World, a global mega-ports operator, signed an agreement to develop and manage Berbera Port for 30 years.

It is unlikely that DP World would have signed the deal if it didn’t see some long-term commercial benefit. The deal also includes economic, military and political dimensions.

Economically, for example, there will be investments in Somaliland’s fisheries, transportation and hospitality industry. The UAE will also establish a military installation in Berbera. The base is intended to help the UAE tighten its blockade against Yemen and stop weapons being smuggled from Iran.

Politically, the Berbera Port deal has provoked mixed reactions in Somaliland. There has been some popular anger aimed at Somaliland’s former president, Ahmed Mohamed Mohamoud aka “Silanyo”, and his family who reportedly benefited personally from it. Anger also stems from inter-clan and sub-clan rivalry over land, particularly in the Berbera area.

But the anger in Somaliland pales in comparison to the reaction in Mogadishu. This is because the Somaliland government has remained largely isolated internationally – until the port deal.

Somalia Federal Government ministers have publicly challenged the right of Somaliland to enter into official agreements with any country. The Ethiopian-driven deal means that Mogadishu’s claims over the breakaway territory have weakened substantially. The deal means that Somaliland has partially broken the glass ceiling of international recognition by entering into substantive deals with viable business partners and states operating on the global stage. Mogadishu can no longer pretend it controls the government in Somaliland’s capital Hargeisa.

The bottom line is that Ethiopia has engineered access to another port and enhanced its security and strategic economic interests. With the growth in annual volumes of transit cargo, Ethiopia has, for a long time, needed alternative routes from Djibouti.

In addition, Ethiopia has ensured its presence in the running of the port by acquiring a 19% share in the deal.

And by wangling a legally binding agreement between Somaliland and another state, Ethiopia has potentially paved the way for eventual international recognition of Hargeisa.

Ethiopia has also further cemented its hold over Somaliland through a combination of pressure and material incentives. By bringing significant outside investment and recognition, Ethiopia can also increasingly meddle in its internal affairs. This is a conundrum for Hargeisa. It finds itself increasingly emboldened to act independently. Yet it remains constrained by the need to get Addis Ababa’s approval.

As Ethiopia begins to move increasing amounts of goods and services on Somaliland’s new highway to the refurbished port of Berbera, Hargeisa may begin to question key aspects of the port deal.

But one aspect will not be in question: Ethiopia’s rising power and influence over the entire region.