Nine dead after flooding in Jakarta 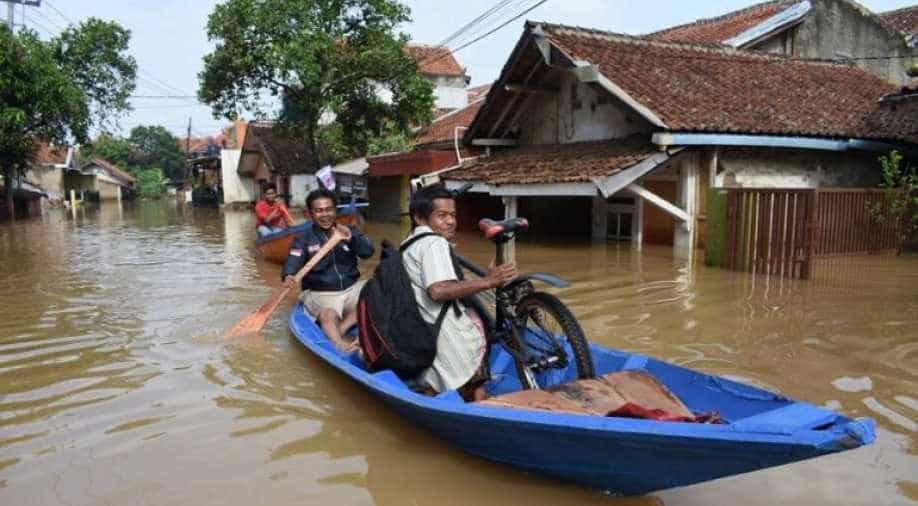 Thousands were evacuated to temporary shelters as electricity was switched off in scores of waterlogged neighbourhoods across greater Jakarta, home to about 30 million people, with some train lines and one of the city's airports also shut.

A 16-year-old was electrocuted by a power line, while three more people died of hypothermia, according to the disaster agency.

"My son's body was covered with newspaper when my two other children passed by," said Fadrid, who identified himself as the dead teen's father.

"People asked them whether they knew the victim. If they hadn't been passing by, we wouldn't have known my son had been killed," he told AFP.

Among the victims was an elderly couple trapped inside their home in a district where floodwaters reached as high as four metres (13 feet) after a river burst its banks.

Another victim drowned while four people were killed after the Tuesday evening downpour triggered landslides in the city's outskirts.

"We have shut down power (in many areas) to avoid more electrical shocks," Ikhsan Asaad, an official at state firm PLN, told AFP.

Asaad said he could not estimate how many residents had been affected by the power shutdown.

Angelina Widiyanti was among scores of residents whose houses were flooded with their possessions ruined by the disaster.

"We've had flooding several times before but it was never this high," she said from her home, where the power had been cut.

"We weren't prepared for this."

Authorities said about 19,000 people were evacuated, but that figure did not include residents in Jakarta's satellite cities.

"Everyone living near rivers should anticipate (more) flooding," he added.

Images from across the region showed waterlogged homes and cars submerged in muddy floodwaters, while some people took to paddling in small rubber lifeboats or tyre inner-tubes to get around.

The disaster marked Jakarta's worst flooding since 2013 when several dozen people were killed when the city was inundated by monsoon rains.

Jakarta is regularly hit by floods during Indonesia's rainy season, which started in late November.

On Wednesday, service at Halim Perdanakusuma airport, which handles commercial and military planes, was temporarily shut due to severe flooding on its runways, according to the transport ministry.

Many flights were transferred to Jakarta's main Soekarno–Hatta International Airport.