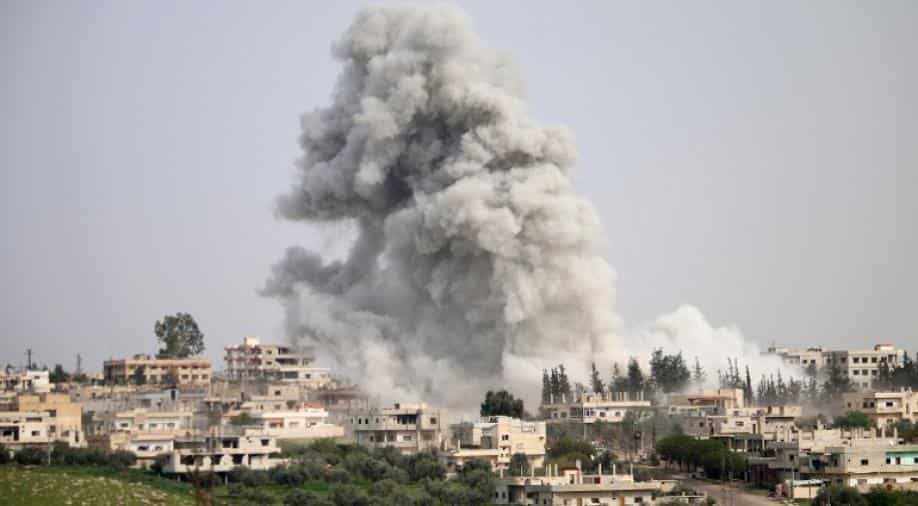 Syria said via state media that its air defences shot down Israeli missiles near Damascus, while Israel said it was protecting itself from anti-aircraft fire.

Moscow on Wednesday said Israel had violated Syria's sovereignty with airstrikes the day before after Israel and Damascus blamed each other for the hostilities.

"We are very concerned by the attacks and how they were made. This is a gross violation of the sovereignty of Syria," the Russian ministry of foreign affairs said in a statement.

Syria said via state media that its air defences shot down Israeli missiles near Damascus, while Israel said it was protecting itself from anti-aircraft fire.

He said the attack came from over Lebanese territory and came as "two airliners, not from Russia, were preparing to land at the airports of Beirut and Damascus".

He said restrictions were imposed on the use of Syrian government forces' air defence systems "to prevent a tragedy". One of the planes was redirected to a Russian airbase within Syria.

Of these, 14 were destroyed by Syrian defence systems, according to the ministry.

If Israel is confirmed to have instigated the strikes, it would be the first attack since US President Donald Trump announced last week the withdrawal of American troops from Syria.

Experts say Israel is to be greatly affected by the US pull out, as it would leave the area open to Iran and its partners to develop their military capacity.

Moscow is an ally of Damascus and its intervention in Syria's civil war in 2015 was seen as key to propping up President Bashar al-Assad's regime.