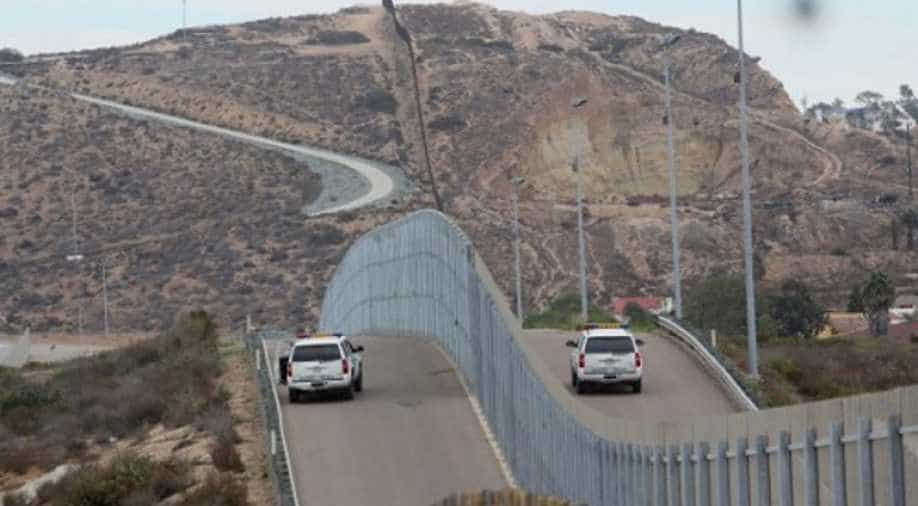 On Tuesday, the same day that US President Donald Trump announced his intention to deploy the military to help patrol the US-Mexico border, Edwin Valdez and four other Central American migrants were walking through dense brush at a south Texas wildlife reserve, hoping to escape notice.

The men had illegally crossed into the United States that morning, guided by a smuggler who had since abandoned them. Now they were lost and uncertain how to proceed.

In vehicles nearby, US Border Patrol agents had been alerted to migrants moving through the area, and after detecting movement in the bushes, they swooped in to arrest the men.

It was business as usual in the Rio Grande Valley, one of the busiest crossing points for migrants trying to enter the United States illegally.

In just a few hours that morning, 61 migrants, including Valdez, were rounded up in the area. Ten, including four from China, were caught with the help of a tracking dog in a sugar cane field. Two Hondurans were taken into custody at a public park.

Several of those caught said they were unfazed by tough talk from Trump, who has made headlines around the world with tweets railing about border security and threatening to end the North American Free Trade Agreement (NAFTA) unless Mexico does more to "stop the big drug and people flows."

Trump's renewed frustration about border security, rekindled over the weekend by news of a "caravan" of Central American migrants moving through Mexico toward the US border, reflects the broader frustration of his administration.

In the months after Trump took office, the number of migrants caught along the US-Mexico border fell dramatically, hitting a low of about 15,700 in April, from more than 42,400 in January 2017, US Customs and Border Protection data shows.

But arrests have crept back up since, and in the first months of 2018 have reached levels at, or near, those seen during the last year of his predecessor, President Barack Obama.

Rising arrests of families and unaccompanied minors along the border are a particular concern.

In March, their numbers surpassed the previous three years and "rivaled fiscal year 2014, when we had a crisis," Manuel Padilla, chief of the border patrol`s Rio Grande Valley sector, said in an interview.

He said about families with children, who are more difficult to deport quickly, form about 49 per cent of the current apprehensions in his region. He said they often walk up to the first US officials they find to ask for help.

"It doesn`t matter how many agents are out there," when it comes to families, he said, "because this population is turning themselves in."

Valdez, 20, who worked as an electrician's assistant in his home country of El Salvador, said he previously tried to cross the border illegally in 2016.

But he was picked up by border patrol officers after wandering lost and dehydrated in the desert for four days. After six months in detention, he was deported last year but decided to travel north again after gangs threatened him at his job.

While crossing has become more and more difficult in recent years, Valdez said, need is a powerful spur.

"Necessity forces people to leave their countries so they can bring a better life to their families," he said.

"That`s why people are willing to suffer through all this."

After his arrest on Monday, Valdez put his personal belongings in a plastic bag, removed his shoelaces and was searched by the agents who arrested him. Then he and his companions were taken to a processing facility.

People who have been previously deported can often be quickly sent home.

Immigrants travelling with small children when caught often spend only a few days in custody, however, because of a shortage of detention facilities suitable for families and court settlements that preclude prolonged detention of minors.

In the Rio Grande Valley, parents are often released with electronic ankle monitors and ordered to appear with their children in court on a specific date for deportation proceedings. Trump has railed against the practice, which he calls "catch and release."

For migrants like Jose Romero, 27, who made the harrowing days-long trip through Mexico with his 8-year-old daughter in the back of a dark cargo truck, threats from the president are a little deterrent.

In his mountain home in Honduras, Romero made just $4 a day as a farm labourer, not enough to feed his family of five, he said. After his arrest and subsequent release to wait court proceedings, he said he doubted if migrants can be deterred.

"They will keep coming," he said, because of violence and poverty south of the border. "The people are afraid."